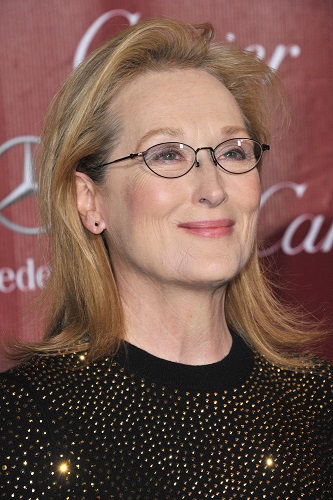 With the city teaming with stars in town for the festival, TIFF this year added a star-studded fundraising dinner that coincided with some of its most anticipated premieres. Streep stopped by just as her financial industry satire “The Laundromat” was screening. Phoenix’s “Joker” was simultaneously making its North American debut just blocks away.

Phoenix, who rushed up to the stage before Willem Dafoe had finished his introduction to the actor, said he had intended just to “make a bunch of tasteless jokes at my expense.” But Phoenix said he was moved by the clip reel of his films that played before his speech.

“When I was 15 or 16 my brother River (Phoenix) came home from work and he had a VHS copy of a movie called ‘Raging Bull’ and he sat me down and made me watch it,” said Phoenix of his brother who died in 1993. “And the next day he woke me up, and he made me watch it again. And he said, ‘You’re going to start acting again, this is what you’re going to do.’”

“He didn’t ask me, he told me. And I am indebted to him for that because acting has given me such an incredible life,” said Phoenix.

“Joker” arrived in Toronto fresh off its Golden Lion win Saturday at the Venice Film Festival. Earlier in the day, Phoenix visited painted wall murals advocating for veganism at a Toronto subway station.

Later, after the film screened Monday evening at TIFF, Phoenix acknowledged deciding to take on the role of the Joker “wasn’t an easy decision at first.”

“But then there was something that was drawing me toward it,” he said. “It just evolved as we worked together. It started becoming something more than I anticipated. It was one of the greatest experiences of my career.”

At the tribute gala, Streep encouraged fellow performers to choose role with a social mindfulness.

“Every artist here has made a choice about the material they’ve done and they’ve decided to contribute — either by default or intention,” said Streep. “Even though we didn’t create the moment we find ourselves in, we can’t cure it individually, we can’t control it, but we sure can contribute to its toxicity.”

Waititi, whose “Jojo Rabbit” premiered Sunday in Toronto, received the festival’s Ebert Director Award, named after the late film critic Roger Ebert. Deakins, who photographed “The Goldfinch” (also a Sunday premiere at TIFF) was honored for his life’s work. The French filmmaker Mati Diop (“Atlantics”) was given the Mary Pickford Award for an emerging, groundbreaking female talent. Jeff Skoll and David Linde’s production company Participant was celebrated with the festival’s award for social impact.