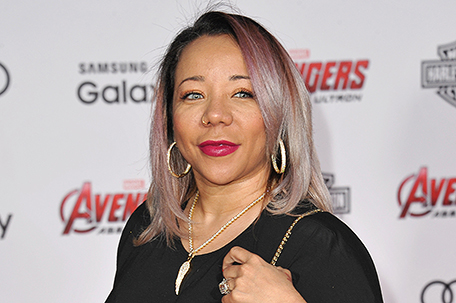 The reality star and the rapper have been married for six years.

Reality TV star Tiny Harris has reportedly filed for divorce from her rapper husband, T.I., after six years of marriage. According to legal documents, the 41-year-old reality star made the filing at the Superior Court of Henry County in the state of Georgia on December 7.

Close followers of her social media activities will know that the timing coincides with the hints Tiny dropped that all has not been well between the two, particularly after a video surfaced of the petite reality star dancing with Tip’s nemesis Floyd Mayweather at a Halloween party in Las Vegas.

In a relationship since 2001, the pair married on July 30, 2010 in Miami. They have two sons and a daughter, who was born earlier this year. Their blended family also includes four children from previous relationships.

Neither Tiny nor T.I. have responded to requests for comment, although it’s likely one or the other will speak out on social media soon.