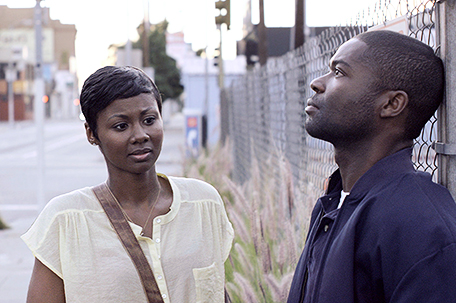 After its BET broadcast premiere last year, it was made available on Netflix as a streaming title, but was almost immediately yanked from the service, to the consternation of many of you who didn’t see it when it was in theaters (a limited release), and who, for one reason or another, missed it when it premiered on BET. I recall that news of its availability, was met with much gratification, and an equal amount of distress, when it suddenly disappeared.

Over the months, I received numerous emails from readers, asking me if I could share any info on the film’s home video release, so if you’re one of those who still has yet to see the film, and has wanted to, this news should make you happy!

The nationwide theatrical expansion of DuVernay’s latest directorial effort, the buzzy Selma, might raise interest in the home video release of Middle of Nowhere a few days later, leading to a boost in sales and/or rentals.

A factoid that I think worth sharing: Middle of Nowhere grossed just over $236,000 in TOTAL box office. Selma still in a very limited release, has already earned over $2.1 million – almost 10 times the cume box office of Nowhere, which also cost 100 times less than Selma.

Middle of Nowherestars Corinealdi, Omari Hardwick, and David Oyelowo in a story that follows the struggles of an African American woman (played by Corinealdi) to maintain her marriage and identity, after her husband (Hardwick) is incarcerated.

Lorraine Touissaint and Edwina Findley round out the film’s key cast,

The film was jointly-acquired by Participant Media and AFFRM, and saw a limited theatrical release in October 12, 2012.

You can preorder you copy of the film on DVD via Amazon.com, for about $20.