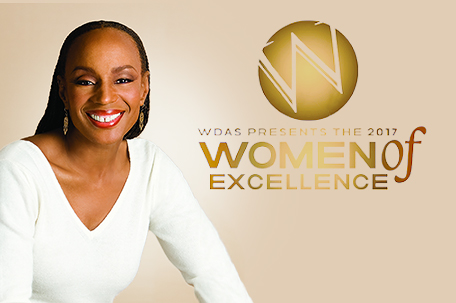 105.3 WDAS FM, Philly’s Best R&B and Throwbacks, has announced that recording artists Joe, Eric Benet, Leela James and Yuna will perform live at the third annual WDAS Women of Excellence Luncheon, a celebration of local women and their achievements in the community. The luncheon will take place on Saturday, April 1 from 11 AM – 5 PM at the Sheraton Downtown Philadelphia Hotel.

“105.3 WDAS FM is committed to empowering and celebrating the women in the Tristate area,” said Loraine Ballard Morrill, Director of News and Community Affairs for iHeartMedia Philadelphia.  “We look forward to an afternoon of great music, while recognizing the achievements of the most prominent women in our community.”

In addition, 105.3 WDAS FM will honor four remarkable women nominated by 105.3 WDAS listeners, one of which will receive the Mary J. Blige Award for Perseverance and Courage. 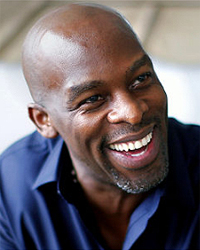 Joe is a multi-platinum recording artist who is also a seven time Grammy Nominee.  He just released his 12th studio album “#MyNameIsJoeThomas” last November, and his current single “So I Can Have You Back” is the No. 2 record in the country on the Mediabase Urban AC Chart.  Joe is one of the most in demand R&B artists in the world and is scheduled to go on tour later this summer. 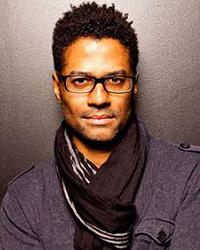 Eric Benet is an accomplished, singer, songwriter, actor who is also a four time Grammy Nominee and NAACP Image Award Winner. His self-titled eighth album was released in October of 2016, and his current single “Insane” is flying into the Mediabase Urban AC Top 10.  Eric has also been a regular on the hit BET Television Show “The Real Husbands of Hollywood.” 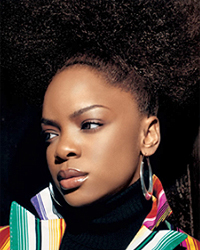 Leela James is a vocal Powerhouse whose raspy tone is a throwback to the R&B and soul singers of the late 60’s & 70’s.  Her new album “Did It For Love” will be available online and in stores on March 31, 2017, and will be her sixth title as a solo artist.  Her current single “Don’t Want You Back” is her second release to crack the R&B Top 10 on the Mediabase Urban AC Charts. 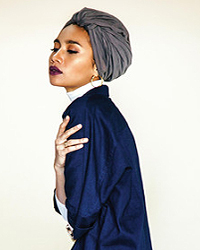 Yuna is an R&B/Pop singer-songwriter of Malaysian descent who has worked with Pharrell Williams, Usher and others.  She has been a fixture on the European music scene for years, but broke through in the States in 2016 with her debut album “Chapters” which featured her debut U.S. single “Crush” with Usher.  Her latest single “Best Love” is closing in on Top 5 on the Mediabase Urban AC Charts.

WDAS Women of Excellence has been recognizing women in the Philadelphia community since 2015.  Previous honorees include Mary J. Blige and Patti LaBelle.  General admission tickets are currently on sale for $90 at wdasfm.com.  Stay up-to-date on WDAS Women of Excellence Luncheon by following 105.3 WDAS FM on Facebook at facebook.com/wdasfm, on Twitter @wdasfm, or on Instagram at instagram.com/wdasfm. 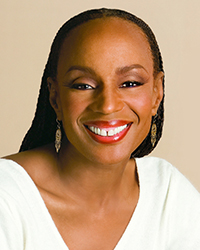 Susan L. Taylor, best-selling author of four books, and editor of eight others, is a fourth-generation entrepreneur, who grew up in Harlem working in her father’s clothing store. At 24, she founded her own cosmetics company, which led to the beauty editor’s position at Essence, the publication she would go on to shape into a world-renown brand with more than 8 million readers. It was that enterprising spirit wedded to a deep love for her community that led to the founding of the National CARES Mentoring Movement in 2005 as Essence CARES. Susan Taylor’s vision is clear: calling together a critical mass of caring people to work strategically, peacefully and passionately to heal all that is hurting our children, communities and country. No partisan politics, no egos, she says. “This is about creating what we sing and say we are – America the Beautiful, a nation in which all children and families have opportunities to thrive.” This is a vision that builds on her nearly four decades of groundbreaking work in publishing. At Essence magazine, Taylor not only served as chief editor, but also authored the magazine’s most popular column, In the Spirit-the first in a mainstream U.S. magazine to champion spiritual growth as a pathway to total well-being and a meaningful life. Under her guidance, the publication’s readership soared to eight million in the U.S., the Caribbean, Canada, the U.K. and English-speaking Africa nations, and the Essence brand expanded into book publishing, broadcasting, eyewear, hosiery and its own fashion catalogue. 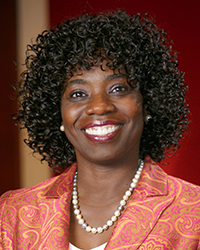 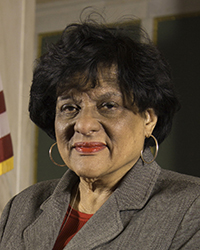 Jannie L. Blackwell, a six-term council member born and reared in Philadelphia, is a seasoned advocate for social change with a thirty year reputation for serving community members and the poor and underprivileged in the City of Philadelphia, making her a leader in our City with her own vision. Jannie L. Blackwell received a Bachelor of Science degree in Education from Cheyney University and a Master of Arts in Education at St. Joseph’s University. Councilwoman Blackwell began her political career by serving as Special Assistant to the Governor, assigned to the Pennsylvania Legislative Black Caucus in Harrisburg, Pennsylvania. She resigned with her husband, then State Representative Lucien E. Blackwell, when he ran for and was elected to City Council. In addition to serving as delegate to the National Convention for the last four presidential elections, she served as Administrative Assistant to two Lucien E. Blackwell campaigns for Mayor, four for City Council and three for the U.S. Congress. She also served in this capacity during his fifteen-year tenure in City Council, before succeeding him. Since taking office in 1992, Jannie has emerged as a strong contender and powerbroker in the local political arena. Elected among her peers as Majority Leader in 2000, Councilwoman Blackwell is a behind-the-scenes consensus builder and problem solver. A stellar politician who understands the making of solid policy, Councilwoman Blackwell has introduced significant legislation during her four Council terms. 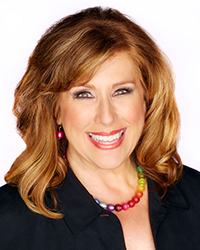 Since 1997, Sue Serio has welcomed each new day with FOX 29 viewers, as weather anchor for “Good Day Philadelphia.”

Prior to joining the FOX team, Serio served as co-anchor of WAKE-UP, the top-rated morning show on WIVB-TV, a CBS affiliate, in Buffalo, New York and she co-anchored the station’s “News at Noon.” Prior to that, she worked at WHYY-TV 12 (PBS) in Philadelphia where she was a weather anchor and feature reporter on the evening newscast. A five time Emmy nominee from the National Academy of Television Arts & Sciences, Serio was honored by the Academy in November, 1994, when she received the Outstanding Individual Achievement Award for weathercaster. In June, 1995, she received the Certificate in Broadcast Meteorology from Mississippi State University. She is also the Co-Chair for the local Alzheimer’s Association Memory Walk. Sue is active in her community, volunteering for events at the Media Theatre, Tyler Arboretum, the SPCA, and many more. 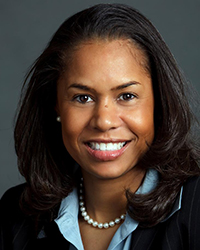 Julie Coker Graham is the President and CEO of the Philadelphia Convention & Visitors Bureau (PHLCVB) where she oversees all of the organization’s departments and operational duties. Prior to this, she served as Senior Vice President of Convention Sales and managed a staff of 25 sales and services professionals at the PHLCVB. Coker Graham joined the PHLCVB after serving as General Manager for the Hyatt Regency Philadelphia at Penn’s Landing, where she oversaw operational aspects of the 350-room hotel. Her responsibilities included directing all hotel and employee operations, managing the assets, providing monthly profit and loss statements, maintaining legal compliance, assessing issues and outlining sales and marketing strategies, as well as providing guidance, mentorship and leadership to employees and managers of the hotel. Coker Graham began her career at Hyatt n 1989 as a corporate management trainee and worked her way up tofront office manager, hotel assistant manager and assistant executive housekeeper at Hyatt Regency O’Hare. In 1994, she was promoted to her first room executive position at Hyatt Deerfield (Chicago). In 1998, she was promoted to General Manager at Hyatt on Printer’s Row in downtown Chicago and later General Manager at The Lodge, a Hyatt property in Oak Brook, a suburb of Chicago. She was a nominee for General Manager of the year for Hyatt Hotels Corporation 2004 and 2006. Coker Graham is a graduate of Johnson & Wales University in Providence, RI, where she received a bachelor of science in Hospitality Management and graduated Magna Cum Laude. 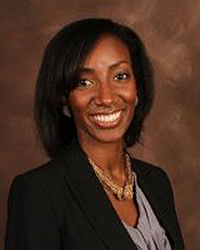 Jacqueline Grace, Vice President and Assistant General Manager at Harrah’s Philadelphia Casino & Racetrack, is responsible for the strategic direction and operational excellence of the Gaming Operations, Food & Beverage, Security, Information Technology, Facilities, and Racing organizations. In her role, Jackie partners with property leaders to ensure guests enjoy an unsurpassed visit and team members maintain a work culture that continues to embody the company’s Mission, Vision and Values. Prior to joining the Harrah’s Philadelphia team, Jackie held the position of Vice President of Human Resources at Horseshoe Baltimore. During her tenure with Caesars Entertainment, Jackie has also held the positions of Regional Director of Human Resources, Regional Director of Employee & Labor Relations, Director of Marketing and President’s Associate within the Atlantic City Region. Prior to joining the gaming industry, Jackie maintained the position of Vice President of Diversity & Inclusion as well as various Technology management roles with Merrill Lynch in New York City. A graduate of the University of Virginia Darden School, Jackie earned a Master of Business Administration degree. In addition, she received a Bachelor of Engineering degree in Electrical Engineering from Stony Brook University.