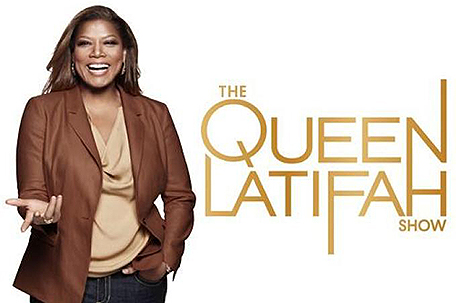 So that’s it then; the party’s over! CBS has canceled “The Queen Latifah Show,” although the rest of the season will play out through March of next year.

“We want to thank Dana, the producers and the entire staff of ‘The Queen Latifah Show’ for creating a program that we are all very proud of,” Sony Pictures Television, producers of the show, said in a released statement, adding, “Thank you also to our terrific station partners and advertisers who supported the show.”

The show was co-produced by Will Smith and Jada Pinkett Smith via their Overbrook Entertainment production company.

The Queen addressed the news via her her Facebook page, in an open letter to herself, and the show’s crew:

Just a little note to say Thank You…

Thank you for your strong work ethic and great effort in getting The Queen Latifah Show off the ground and running.

Your dedication and sacrifice was crucial to the entire team, and in the face of intense challenges, you displayed “True Grit”!

Your Family, Partners, Staff and Crew showed up with you every step of the way. Be very proud of that! Not everyone can say the same.

You can also say you have been a blessing to and been blessed by amazing guests and incredible audiences for this show.

We truly changed people’s lives for the better.

So… STAY POSITIVE, STAY STRONG, and most importantly, STAY OPEN… There is so much more God has in store!

P.S. This letter is for me, my staff, my crew, and everyone who was by my side for this incredible journey. The most important thing in life is that you wake up every single day and take chances. No matter what the outcome…believe in yourself and continue to fly.

Reasons for the cancelation? Weak ratings, what else? The day-time talkshow space is a very crowded and fiercely competitive one. I expect there’ll be more cancellation announcements in coming months. Although, quite frankly, I have to wonder whether the daytime talkshow format is still viable in this day and age. I haven’t watched a daytime talkshow in full, in probably a decade.

But don’t cry for Latifah. She certainly has a full plate via her Flavor Unit Entertainment production shingle, including TV and film projects.