“The Protégé”: A one on one with Maggie Q 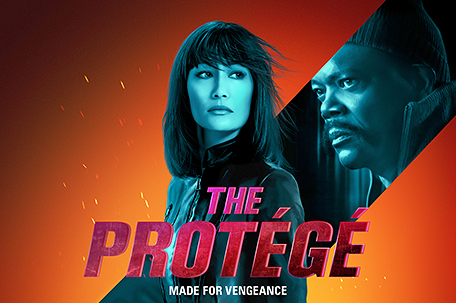 What happens when tragedy strikes during childhood? More often than not, the path of the child’s life gets altered forever.

In the Lionsgate action thriller, “The Protégé,” Anna, played by the incredibly talented Maggie Q, is rescued from a devastating situation by legendary assassin Moody (Samuel L. Jackson). Moody becomes Anna’s mentor and father figure, and she follows in his footsteps to become one of the world’s deadliest assassins.

When death comes knocking at Anna’s door, killing Moody, Anna sets out on a mission to avenge her mentor, killing everyone responsible. Anna finds herself in a love-hate relationship with another infamous assassin, Rembrandt (Michael Keaton) during her quest for revenge.

Through twists, turns and plot twists, Anna finds herself facing impossible situations that will leave viewers on the edge of their seats.

Directed by Martin Campbell and written by Richard Wenk, “The Protégé” also stars Robert Patrick, Patrick Malahide and Ray Fearon. Maggie Q spoke with the SUN about being a woman at the center of an action film, working alongside legendary actors and her appreciation for the team behind the scenes that helped create this dynamic film.

Maggie Q, who has starred in “Nikita,” the “Divergent” series and a number of other action works is certainly no stranger to stunt work, and she makes it look easy! She spoke about finding her way back to the action genre and why she decided to come on board for “The Protégé.”

“Initially, I didn’t actually (want to do the project),” Maggie Q said. “They gave me the quick pitch and I was not wanting to jump back into the genre just yet — or at all. I wasn’t sure. I think I did quietly say to myself at some point that unless the elements were right and the ducks were in a row to make something great, that I wasn’t going to do it.”

Thankfully Maggie Q not only came on board, but is at the helm of this film. She discussed her experience being a woman at the center of a film and genre that is usually reserved for men.

“This genre really is a boys club,” she said. “You have the odd “Black Widow” and Charlize [Theron] action films, but primarily it’s a male dominated genre. I’m used to being around all the boys and it being just them and I’m sort of there doing my part. It’s interesting being at the center of this as a female. I just feel like we work really hard, we have such an incredible work ethic and we’re tough.”

“The Protégé” is not only enjoyable to watch for the action sequences and fight choreography, but it also offers audiences a layered backstory and opportunities to explore how trauma impacts the human condition.

“I think one of the bigger questions in life always is ‘how do we move through trauma or can we?’”she said. “Do we become a product of it for the rest of our lives, or can we face it and move to the other side? That’s ultimately her (Anna’s) journey in this movie. She is a highly traumatized human. She’s gone into this profession and been raised in this way and it’s something that’s second nature to her. She’s seen and done a lot, she’s not affected by much.”

“At the same time, when she finally does face her past, when she does finally go back home and puts the spotlight on that which she never wanted to think about again — by the end of the film she really is this person that just wants peace,” Maggie Q concluded.

Not only does she give you depth, and highly trained skills in the stunts department, Maggie Q also brings humor to the character.

“We all have the gambit of emotions as humans, and so if we were creating these characters and they didn’t ultimately have the emotions that every person does, then we’re not building real characters or real people,” she said. “That’s why we wanted to have all of it in there… humor and wit and all the things.”

Maggie Q was unable to train for this film at the beginning because she was recovering from spinal surgery that took place two months prior to production. Working through this type of injury (against the recommendation of her doctor) makes her performance in this film all the more impressive. Equally impressive was the cast of this film and the chemistry between Maggie Q, Jackson and Keaton.

“They’re really icons,” she said. “I had an instinct that Sam and I would have the right dynamic for the film. There was something about him or us. Then when we met — it’s strange with some people how it feels like you’ve known them forever. It was a very easy friendship we had. It was nice to be able collaborate with someone I had that offscreen with.”

“Then with Michael, he’s so funny — no matter what the situation, he’s always making me laugh,” Maggie Q added. “He got an easygoing spirit, but also he’s very generous when it comes to collaboration.”

Working on a film with an incredible director, cast and script created an enjoyable experience not only for audiences, but for all parties involved in creating this film.

“There were people in the movie that no one will ever talk about like our DP or our first AD,” Maggie Q said. “Our first AD was a guy called Bruce who Martin Campbell pulled out of retirement. He was living in Wyoming with his horses and donkeys. This guy did the “Back to The Future”[films] our DP did”The Green Mile” and all these amazing movies that were visually so beautiful. So, you have all of these film history people on set, who brought so much to the film — people that no one will know or care about, but people that I felt I was living film history working alongside, actors included. What a great group.”

“The Protégé” will take audiences on a rollercoaster ride of heart pounding action, emotion and thrills from start to finish — it’s a must-see! It opens in theaters nationwide on  August 20. Follow: @TheProtegeMovie on social media for updates and check your local listings for showtimes.