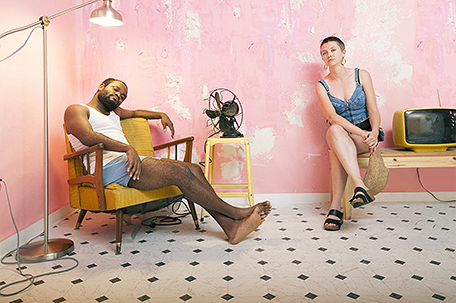 April — which is Jazz Appreciation Month —   is soon coming to a close. In addition to the many  concerts that have already taken place, there is still plenty of music to be heard and savored for the duration of the month.

This includes two exciting head-to-head jazz festivals which willtake place on the final weekend of the month and a cultural postcard from Cuba in the form of a musical satire, which also runs until the end of the month. 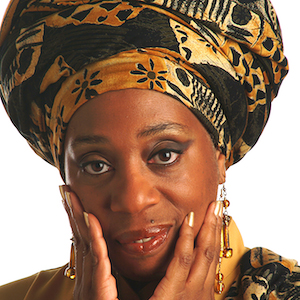 The last Saturday of April has become a date to anticipate as downtown Philadelphia becomes the site for a full-blown jazzfest. The Center City Jazz Festival is the conceptual offspring of trombonist Ernest Stuart, who wanted to revive the jazz festivals, which used to be a major cultural attraction in the city. So in 2012, Stuart put together a DIY event that featured performances from 16 groups of Philadelphia’s finest young and veteran musicians in four Center City venues which was a success from the beginning.

This year’s JazzFest shows a lot of promise as another group of superb Philly and NYC players bring the music to the heart of Center City. This year’s Fest features 20 groups playing at five venues during a jam-packed Saturday afternoon. Some notable players featured this year include saxman Marcus Strickland, percussionist Arturo Stabile, Luke O’Reilly, a duet with violinist Dianne Monroe and vibist Tony Miceli, and vocalist Ella Gahnt.  Festival sites include Chris’s, Fergie’s Pub, Frankie Bradley’s, Milkboy Philadelphia, and Time. What makes the event so nice is that all of the venues are located around Sansom, Chestnut and Broad Streets so fans can make the rounds. Also, one ticket  provides admission to all festival  venues.  So, make sure you clear your calendar for the afternoon of the 28th for a veritable musical buffet.

For the full schedule and list of venues visit info @ccjazzfest.com

A new collective by the name of Fringe Arts has been making a splash on the Philadelphia cultural scene  recently by producing some cutting-edge works. Last year, they co-sponsored a concert of progressive Latino music with the equally visionary Afro-Taino Productions. This spring, they are bringing in an original theatrical work from the Team Sunshine Performance Corporation, which is a meditation on the tensely volatile and precarious relationship between the US and Cuba that  has existed for over a century.

In “Bienvenidos Blancos” (Welcome White People!), Cuban director Alex Torra explores issues of imperialism, race, and cultural exploitation as they relate to Cuba’s history. What makes this production so unique is that Torra incorporates the vital elements of Cuba’s rich cultural traditions such as Rumba–the Yoruba-based Lucumi religion — and even a sample of the Club Tropicana musical spectacles, which attracted American tourists to the island before the Revolution. In order to keep things authentic, Torra also brought in a multi-racial cast of actors and dancers from Cuba to the US. As a bonus, the play also features a full-blown authentic Rumba dance number which serves as a prologue to the play’s narrative. While this is a first run, “Bienvenidos Blancos” promises to attract followers of Cuban culture, as well as those who have an interest in Latin American issues. Even though the play is performed in Spanish, it will be super-titled in English.

2018 Jazz Appreciation Month was very good for avant-garde bassist Jamaladeen Tacuma.  The City of Philadelphia gave him The Benny Golson Award for his numerous contributions to the cultural history of this music-rich city.  In return, Tacuma will present his annual musical treat to Philadelphia with his annual production of the Outsiders Improvised & Creative Music Festival. The versatile and exciting bassist has performed with many of the great artists who took jazz out of its comfortable niche and who blazed new creative trails. This year, Tacuma pays tribute to his artistic mentor, the late altoist Ornette Coleman, who brought Tacuma as a bassist to the legendary group PrimeTime, which introduced a new musical concept known as “Harmolodics” and brought in a new approach to performing avant-garde works.

Appearing with Tacuma will be members of the original PrimeTime band, which features Ornette’s son, Denardo Coleman, and the great cutting-edge guitarist James “Blood” Ulmer. As a bonus, Philadelphia sax legend Odean Pope will assume the position that was originally held by Coleman in this visionary band. Opening for Primetime will be Tacuma discovery Alfredo Colon and his quartet Secret Mall.