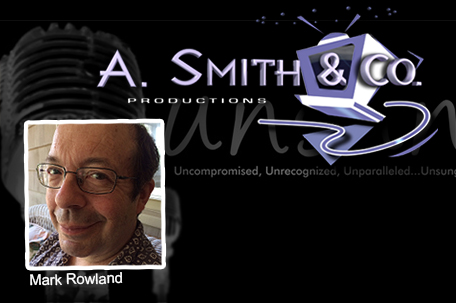 Since its debut in 2008, TV One’s “Unsung,” has been one of the network’s highest viewed shows, covering the sometimes tragic careers of celebrated music acts such as Teddy Pendergrass, DeBarge, Teena Marie, Melba Moore, Minnie Riperton and Phyllis Hyman. The NAACP Image Award-winning series has consistently earned higher ratings over the past four years, with its most successful season to date as it started airing in 27 percent more homes.

The show is co-executive produced by Mark Rowland of A. Smith & Co. Productions and is the production house behind ‘Hell’s Kitchen’ and BET’s ‘American Gangster. In a 2011 interview with AOL Black Voices about the show’s first NAACP nomination, Rowland revealed that the key to the success of each episode is to profile amazing artists to create an “archival legacy.”

There is a real sense of responsibility to keep it to that standard for us and to exceed it, he said. “We take our jobs very seriously. These are wonderful musical artists so there is fun involved, but we are excited to tell this ongoing story.”

And “UnSung” has been able to consistently maintain its goals to do just that with a specific format formula:

•Each episode usually begins with an artist’s upbringing and family, painting a picture of the issues driving them in their music career. Themes of “escaping the hard life of the streets” and “experiencing physical abuse”, as well as “signs of musical genius”, can be found in many of the lives of “Unsung’s” subjects. Those interviewed in this segment of the show typically are relatives and friends, although some celebrities may be interviewed if the episode’s subject is a group.

• The story then progresses into the trials and triumphs of the artist’s early days in the music business, as the artist chases their “big break” which propels them into the limelight on the way to stardom. Fellow artists, music producers, and managers of that time pepper this section of the show with anecdotes of the artist’s musical prowess and potential, and possible hints indicating what may have led to the subject’s downfall.

• The next stage highlights the pinnacle of the artist’s fame with the perqs and perils that come with it.

•The final part of the show details the “turning point”, in which a major incident, typically of a tragic or health-related nature, occurred that caused the artist to put their music career on hold for an indefinite period, if not permanently.

Last year, EBONY Magazine quoted Philadelphia radio personality and Black music authority, Dyana Williams as saying, “I believe that “Unsung” has resonated with audiences in a huge way because the artists featured are very much a part of our lives…These artists and their songs articulate the experiences of our memories.  The catalogue of their songs are indeed the soundtrack to our lives.” Ms. Williams has appeared on many “Unsung” episodes as a commentator.

“Unsung” has tailored this formula, depending on the show’s subject, to portray artists whose “turning point” occurred for more business or personal reasons, and who may have recovered from it to continue a far less famous, but rewarding, career. An example includes The Spinners, a legendary R&B group with 17 Billboard Top-40 hits (7 of which were in the top 10) between 1961 and 1980, yet they have never received a Grammy award and not been inducted into the Rock & Roll Hall of Fame.  These facts qualify the group for an episode of “Unsung.”

The one-hour documentaries celebrate the lives and careers of notable music acts, who have been under-appreciated over the years. Some of the show’s past features include Tammi Terrell, Heatwave, Musical Youth, George Clinton, The Fat Boys, Angela Winbush, Miki Howard and The O’Jays.

Working on the 2009 episode of ‘Unsung’ with Teena Marie was one of Rowland’s highlights, being completed right before her death.

“We had done a story with her and with her support and blessing and she was extremely happy with the show and the results,” Rowland shared. “We were brokenhearted when she died suddenly, but there is gratitude that she did that show and that that will live on.”

If you’re wondering who decides which acts will air on “UnSung”, TV One is the final authority on who to feature. However, the show’s producers do seriously consider fan input via the network’s website. In an attempt to keep the show even more interactive, Hip Hop icon DJ Spinderella of Salt and Pepa, blogs each week about the latest “Unsung” episodes.

The network’s signature bio-documentary series has accomplished what so many others have tried and failed at over the years: shedding much-deserved light on some of the most influential, talented and, unfortunately, forgotten African American musicians and performers of our time. The show has touched every genre of music from R&B, funk, and Hip-Hop, to disco and gospel. The Fall 2013 season started off by revealing some of the highs and lows of some of the biggest names in the business including West Coast rapper Too $hort and Gil Scott Heron.

The next season of “UnSung” kicks off Wednesday, July 30 at 8 PM with the story of R&B singer, Montell Jordan. This season will also feature the stories of Peaches and Herb, Bone-Thugs-N-Harmony, The Chi-Lites, Rick James and more. For more information or to check your local listings visit tvone.tv/shows/unsung.

Wikipedia and Ebony Magazine contributed to this article.

Stephanie Mills says ‘Unsung’ will never get the interview