“The Little Things”: A Review 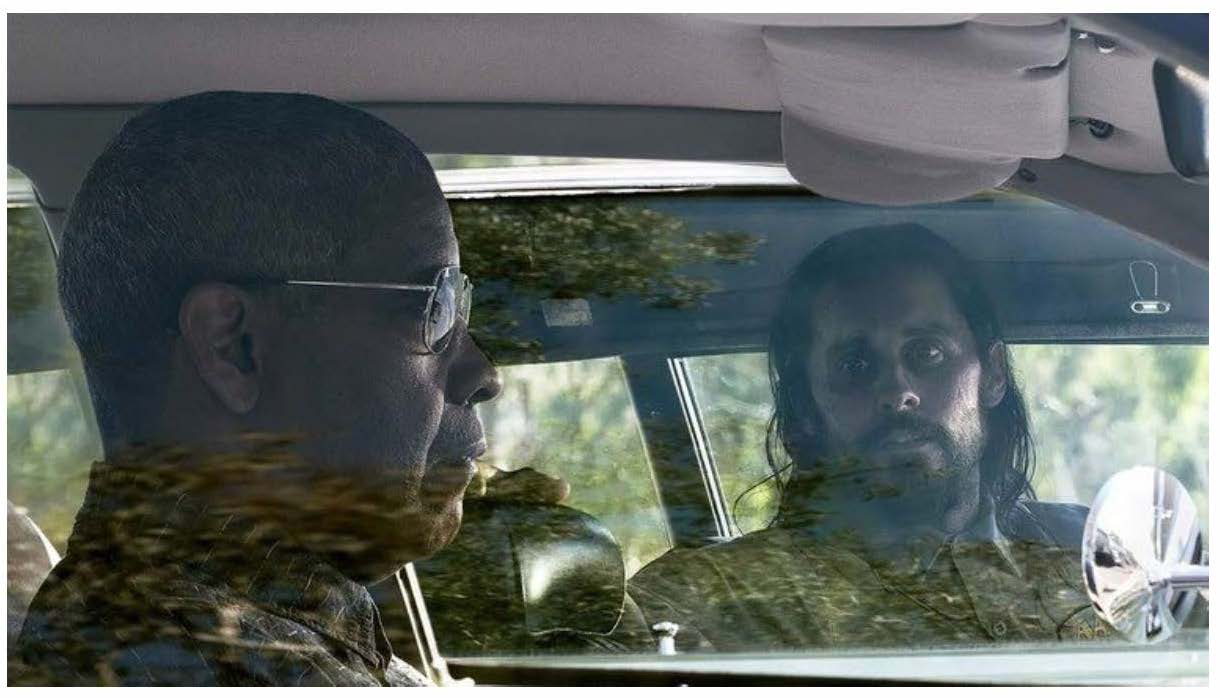 Photo above: Denzel Washington as Deke, and Jared Leto as Sparma in a scene from “The Little Things”.

*This review contains some spoilers*

People have always been intrigued by mysterious circumstances surrounding crimes. For those eager to attempt to solve cases from a safe distance, a Neo-noir crime thriller like the new film “The Little Things”, will give them lots to consider. Written and directed by John Lee Hancock, “The Little Things” follows the investigation of a string of women brutally murdered by an unknown serial killer.

Deputy Sheriff Joe “Deke” Decon, played by the brilliant Denzel Washington, was once an accomplished L.A. police officer. He is now relegated to Kern County after unforeseen circumstances left him both tormented and ostracized. While in town for a separate case, Deke is asked to help Detective Jim Baxter, played by Rami Malek solve a series of ongoing investigations. The initial friction between the two quickly dissolves as they join forces to track down the aforementioned serial killer. The details begin to unfold as several clues guide them to their lead suspect Albert Sparma; a heebie-jeebies inducing appliance delivery man played by Jared Leto. The trio of Academy Award winners: Washington, Malek and Leto, take the audience for an interesting ride in this film with some unusual twists and turns.

“The Little Things” opens at night on a remote road in 1990. A young woman singing and enjoying a ride in her car, is startled by an aggressive driver tailing her too closely. After making a maneuver to try to get away from him, she leaves her car to seek help at what turns out to be a closed gas station. The predator, who the viewer cannot clearly see, goes to his trunk, puts on gloves and removes a bag with duct tape among other items, before approaching the terrified young woman. She runs towards the main road to escape — her fate is not initially revealed. Fast forward to Deke receiving an assignment that requires him to travel back to L.A to collect evidence. In many ways, that assignment opens up Pandora’s Box of pain that Deke has been trying to suppress for years. Upon his arrival, he is greeted with sneers, snide comments and a pompous Detective Baxter, who calls to get his car towed for blocking him in. In an attempt to bury the hatchet, Baxter invites Deke to the latest crime scene — a brutal blood bath left after a woman was slaughtered and left naked with a plastic bag covering her face. Deke begins analyzing the crime scene in hopes it will unlock more details to solve the case. The latest crime scene also unlocks the trauma of Deke’s past, as it is revealed that he is haunted by the ghosts of his biggest mistakes and unsolved cases. The latest crime scene is eerily reminiscent to the same case that derailed him.

A total of six women are killed with the same signature plastic bag imprint of the serial killer. As Deke and Baxter continue compiling evidence, Deke offers the following advice, “It’s the little things that are important Jimmy… it’s the little things that get you caught.” When several clues eventually lead to Sparma being detained for questioning, it becomes clear that Deke and Baxter are in for an intense game of cat and mouse. Sparma is the trifecta of criminals… creepy, comical and a conundrum. He toys with Deke and Baxter and enjoys every minute of it. Sparma, always three steps ahead, watches with glee as the aftermath of his calculated moves unfold. The ending, which I won’t ruin for you, comes in the form of a few unexpected revelations.

Washington, Malek and Leto each give incredible performances. The magic of the acting in this film truly lies in the subtleties. Washington is regal, with a wisdom and a vulnerability that is endearing. He’s a tortured soul and every second he’s on the screen is a master class in acting. Every word, expression and choice is intentional and carries a heavy weight.

Malek taps into an intensity that is compelling on every level. He battles to work through his concerns of protecting his family… his wife and two girls, with a serial killer on the loose. He processes his concerns, self-doubt, ego and fears in real time.

Similar to roles Leto has played in the past, including his role as the Joker… he’s both disturbing and funny. He’s fully equipped with snarky one-liners and the commitment he makes to the physicality in the role is impressive. “The Little Things” really is about the little things…the nuances… what the actors are able to emote during the quiet moments through silence. In a clever take, the uncertainty and burden of proof is left on the audience to discover in the end. Although the film is more plot than action or jump scares, the premise and story arch feels like an ode to other films in the neo-noir genre during the 90’s. Many questions remain unanswered, which gives the audience the opportunity to create their own conclusions… an interesting approach.

The performances from three of the best in the business, paired with the journey to borderline obsession, make this film worth the watch. “The Little Things” debuts in theaters and on HBO Max, Friday, January 29th.