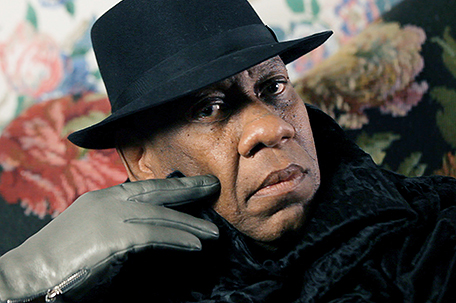 André Leon Talley was born on October 16, 1949 in Washington, DC, but raised in Durham, North Carolina by his maternal grandmother, Bennie Davis.

Even though she was a housekeeper who scrubbed floors at Duke University to keep a roof over their heads, she was also aristocratic in the highest sense of the word.

Through Mamie, Talley cultivated the values and sense of dignity which would serve him well once he made his way out of the Jim Crow South.

For, after earning his BA at North Carolina Central University and an MA at Brown in French, he headed to New York City to begin what would be an incomparable career in the world of fashion. 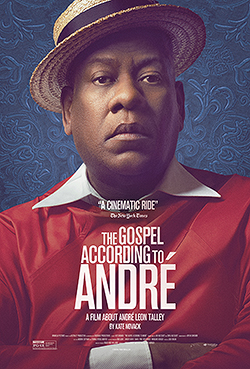 That impressive accomplishment is chronicled in very compelling fashion in “The Gospel According to André,” an intimate retrospective directed by Kate Novack (“Eat This New York”). A profusion of pop icons pay homage to the flamboyant fashionista in the biopic, including will.i.am, supermodel Isabella Rossellini, designer Diane von Furstenberg and Sean “Diddy” Combs, who kisses his hand.

However, the cameos pale in comparison to Talley’s own revealing account of how he overcame his modest roots with the help of his mentor, doyenne Diana Vreeland, as well as Andy Warhol, Karl Lagerfeld and Vogue editor-in-chief Anna Wintour.

We learn that he arrived in the Big Apple a diamond-in-the-rough, given how he’d been appreciating style since childhood.

He explains that he’d been treated to a weekly fashion show by the ladies in his church’s congregation. While many of these proud Black women might have toiled as lowly domestic servants during the week, they would invariably arrive decked out on Sunday.

Talley’s thirst for haute couture was further whetted by magazines like W and Vogue which enabled him to mentally escape the limitations of life in racist North Carolina to a fantasy universe filled with pleasant and beautiful pictures. 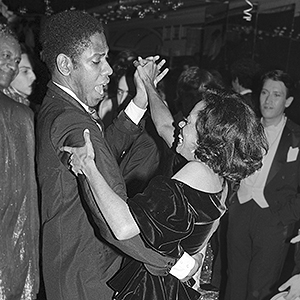 On his way up the ladder, the 6’ 6” tall trailblazer studiously avoided the traps of drugs and indiscriminate sexual liaisons that destroyed the future of so many others in the Seventies and Eighties. Talley does confess to being a regular on Studio 54’s dance floor, but he just never participated in any of the self-destructive behavior.

Instead, he parlayed successes at the Metropolitan Museum of Art , Warhol’s Interview magazine and Women’s Wear Daily into a gig as Vogue’s Fashion News Director.

In that capacity, he became a fixture on the front row of leading runway shows, cutting an imposing figure in his signature flowing capes.

And what sage advice does the trendsetting Talley have to offer today? “Fashion is fleeting. Style remains. Create your own universe, and share it with people you respect and love. Beauty comes in many forms. It could be a flower. it could be a gesture.”

Precious pearls of wisdom, indeed, from a legendary gentle giant.

Rated PG-13 for mature themes and some suggestive content

In French with subtitles

To see a trailer for “The Gospel According to André”, visit: https://www.youtube.com/watch?v=KzZkVGCY5rY