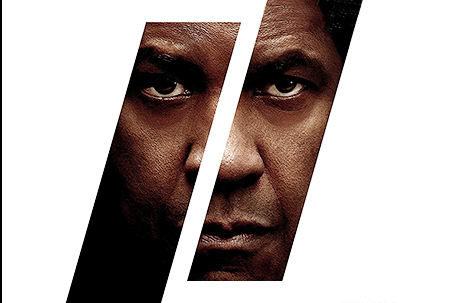 Although Denzel Washington has made about four dozen movies over the course of his legendary career, he’s never reprised a role until now. In “The Equalizer 2,” the two-time Oscar-winner (for “Glory” and “Training Day”) returns to play Robert McCall again, a retired CIA agent who turns vigilante to dole out street justice on behalf of the downtrodden.

At the sequel’s point of departure, we find McCall undercover as a Muslim on a train bound for Turkey. He’s successfully concluding an international Amber alert operation on behalf of a young girl kidnapped by her father.

The setting soon shifts to Boston, where McCall works nights as a Lyft cab driver. An encounter with a mugger proves humorous when he beats the perp to a bloody pulp before insisting that the creep give him a five-star rating before exiting the taxi.

The storyline sobers considerably, however, when McCall’s close friend and former colleague, Susan Plummer (Melissa Leo), is murdered under mysterious circumstances. He eventually figures out that the hit was performed by a cell of rogue CIA agents, and vows to track down and exact vengeance on each and every one of them.

What ensues is a gruesome splatterfest designed to satiate the bloodlust of fans of the revenge genre. Director Antoine Fuqua does not disappoint in this regard, for “Equalizer 2” ups the ante on the original in terms of both body count and gratuitous gore.

Denzel again delivers as a relentless killing machine eager to execute any evildoers dumb enough to cross his path!

Rated R for profanity, drug use and pervasive graphic violence

In English and Turkish with subtitles

To see a trailer for The Equalizer 2, visit here.