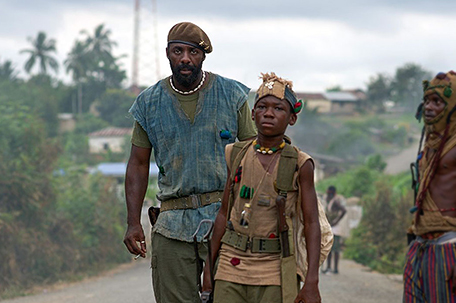 ABOVE PHOTO:  A scene from Beast of No Nation.

I have no problem with Will and Jada Pinkett Smith or anyone else launching a boycott of the Academy Awards due to Hollywood’s diversity issues. But it would smack of privilege a lot less to me if you used your powers for good.

Okay, let’s get this out of the way.

For want of a better way to put it, the nominees for this year’s Academy Awards are about as White as all of that snow that’s supposed to hit us this weekend.

(Notice I said all but shut out. Can we talk about how I had to explain to someone that Alejandro G. Irarritu, the director of The Revenant, is a person of color?) 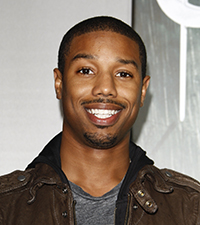 Sure, I’d have loved to see Idris Elba get some Best Supporting Actor props for kicking butt in Beasts of No Nation or Michael B. Jordan and Ryan Coogler get a Best Actor and Best Director nominations for Creed, or Will Smith get a Best Actor nod for Concussion, but expecting that kind of stuff from a body that’s mostly White, mostly male, mostly old, and totally out of touch would require the kind of faith that I haven’t had since I figured out that Santa Claus didn’t exist.

This is the second year that it’s been like this and folks have not only noticed, but have also spoken out.

Spike Lee, who was given an Honorary Oscar earlier this year to try and make up for the fact that Do the Right Thing and Malcolm X were totally ripped off, will probably be hanging out at Roscoe’s Chicken and Waffles instead. The Smiths—Will and wife Jada Pinkett Smith—have also decided to stay home on Oscar night.

Lupita Nyong’o, who won the Academy Award for 12 Years A Slave and David Oyelowo, who should have been nominated for Selma called the Academy on the carpet.

Heck, even George Clooney, an Academy Award winner whose not even the better half of the super couple he’s a part of, has told the Academy that it’s going backwards.

Like I said, we’re talking a mostly White, mostly male group of people. That’s because in order to be a member of the Academy of Motion Picture Arts and Sciences, you have to have a certain amount of credits. When you can’t get these credits because you’re not White or male and the mostly White, mostly male group of people that could give you the work you need to get theatrical credits aren’t, you can’t join.

(And don’t get me started on the Writer’s Guild Of America. The people nominated for screenwriters for Straight Outta Compton are as White as hospital bed sheets.)

Now when folks heard about the Oscar nominations, their reactions went into three categories:

One, [expletive deleted] the Oscars! That’s the most common.

The second, which is only slightly less common, is, “Why don’t we have our own awards?!” The NAACP Image Awards, much to the chagrin of actress Stacey ‘Clueless Is My Autobiography’ Dash, were announced this week. A lot of the people that were overlooked by the Academy got their props there. 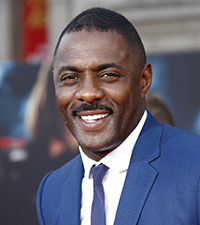 (Except for Idris Elba. Grrr!)

But the one reaction that I’m hearing most often this time around is “We need to tell our own stories and employ our own people.”

Now that I like. It goes back to that whole “film credit” thing. If you’re employing people of color so that they can get the credits necessary to be invited to join the Academy, you can make things happen.

For example, Nate Parker, last seen in the film Beyond The Lights worked hard to get the Nat Turner biopic, Birth of a Nation, together for the upcoming Sundance Film Festival and it’s one of the festival’s most talked about films.

Spike Lee’s entire career has been a monument to the “tell our own stories” ethos. His 40 Acres and a Mule Productions has introduced the world to actors like Samuel L. Jackson and Halle Berry (another Academy Award winner) and while his documentaries are better than some of his movies these days (I see you Chi-Raq..) he’s done his share.

Which brings me back to Will and Jada Pinkett Smith.

When Jada said in a video that she would be sitting the Oscars out, a lot of people praised her stance.

But Janet Hubert, otherwise known as the First Aunt Viv on Will’s show “The Fresh Prince of Bel-Air”, wasn’t one of them. In a video that was a mixture of truth and shade, Hubert called the Smiths on the carpet for a variety of things… most notably the fact that their production company, Overbrook Productions, hasn’t been pulling its weight in terms of telling our stories.

Like I said, it was hard to get to the message of this video due to all the shade, but I’ve gotta say, Hubert’s got a point. Complaining about the lack of opportunities for people of color in any industry, be it journalism or entertainment, sounds a lot less hypocritical if you have the means to change things and are using them.

For example, can you name a picture that’s come out of Overbrook Productions, the company owned by one Will Smith, this year?

No? Neither can I.

Now I understand that making movies isn’t cheap. Even The Lego Movie cost millions I’m sure. But when Parker, who probably doesn’t come close to making the $20 million a picture that Will Smith makes, can take $100,000 of his own money and talk to whomever will listen for the rest, I’ve gotta say, the Fresh Prince and his Princess are kind of slacking.

(And Parker employed other actors of color. Just thought I’d throw that in.)

In other words folks, a boycott makes a lot more sense if you’ve first done your part to make things better.