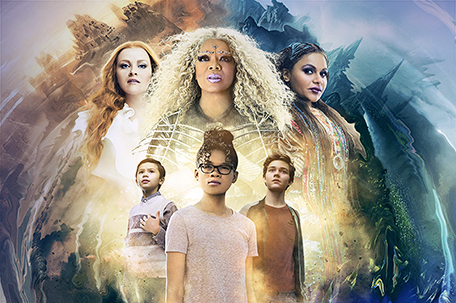 LOS ANGELES and ATLANTA — “Black cinema” and “blockbuster” are suddenly becoming synonymous. “Black Panther” is already nearing a billion dollars in global box office receipts.Jordan Peele just became the first African-American to win an Oscar for Best Original Screenplay for his surprise 2017 racially-centered hit,“Get Out.” And on March 9, Disney will release its highly anticipated film, “A Wrinkle in Time,” a $100 million film with a Black female director and young black female star.

Unlike “Black Panther” or “Get Out,” “Wrinkle” is a mainstream movie with an intentionally African-American face. Madeleine L’Engle’s 1962 science fantasy novel of the same title from which the film was adapted centers on a middle school-aged White girl, Meg Murray, who is grappling with self-esteem issues. Through the help of three celestial guides – Mrs. Which, Mrs. Whatsit and Mrs. Who – she tries to find her missing scientist father by traveling through other worlds with her brother Charles Wallace and her friend Calvin.

On the big screen, Meg is an African-American girl, with Oprah Winfrey, Reese Witherspoon and Mindy Kaling portraying the guides. 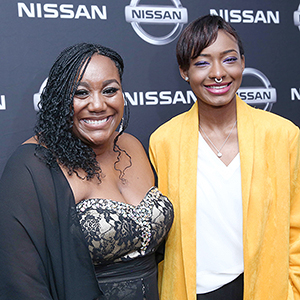 What viewers see on the screen is the result in large part by decisions made behind the camera. That begins with trailblazing director, Ava DuVernay. Prior to being tapped to direct “Wrinkle,” whose $100 million budget is the largest ever for a Black female director in Hollywood, DuVernay was known for quiet films like “Middle of Nowhere,” which garnered her the Best Director Award at the 2012 Sundance Film Festival, the first for an African-American woman. Before “Wrinkle,” “Selma” (2014) about the Voting Rights Act campaign led by Dr. Martin Luther King, Jr. was DuVernay’s biggest budget feature film at just $20 million.

DuVernay took a leap of faith  with “Wrinkle”because of the opportunity provided by a Black Disney executive.

“It wasn’t a likely marriage but when you have a brother inside, Tendo Nagenda, who said ‘I can see this happening’ and he imagined what it could be before I imagined what it could be,” DuVernay said of Disney’s executive vice president of production during her acceptance speech for the African American Film Critics Association (AAFCA) Innovator Award in February. “The thing I really remember is Tendo saying, ‘Ava imagine the worlds you can build.’”

That conversation she said “started to get me to ask questions about what I wanted to assert in that story and the real core of it was: who gets to be the hero? Because, right now, we’re in this space where we’re on the cusp of ‘Black Panther’ and all its gloriousness and we get to re-imagine who is at the center of the story. This story, our story, she’s not a superhero; she’s not royalty; she’s not a Disney princess. She’s just a girl with glasses in a plaid shirt who ends up saving herself and her family and the universe from darkness.”

The actress who plays that unlikely hero, Storm Reid, was familiar with the story but admits to not being personally invested in it until now.

“I read the book in sixth grade for a book report and I never saw myself being Meg, especially because she was written as a young Caucasian girl, so I just really never thought about it,” she said during an interview at a posh hotel in her native Atlanta last week. “But once I got the script, it all clicked and I thought it was just an amazing take on Meg.”

Even as young as she is, Reid, whose previous credits include “12 Years A Slave,” (2013), “American Girl: Lea to the Rescue” (2016) and “Sleight” (2017), has felt the sting of Hollywood limitations for actresses like her. “There were fewer roles meant for me and fewer lead roles meant for me,” she said. 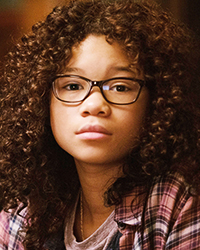 That reality is why Reid especially cherishes her role as Meg.

“I feel like it was so important for me to play Meg because I’m basically representing little girls that look like me and I’m representing them in the right way because you don’t really get to see a little African-American girl with glasses and curly hair save the world without superpowers,” she said.

Reid, who turns 15 in July, does see changes in Hollywood and hopes it will continue.

“I feel like we are breaking barriers, slowly but surely, but there needs to be more representation. I don’t feel like diversity should just be a thing right now. I feel like it should be a normal thing.”

As for the “Black girl magic” tag that’s now been extended to herself, but has long been attributed to “A Wrinkle in Time” director Ava DuVernay, Reid said, “I feel like people are just now recognizing our magic, but we’ve always been magic and it just recently became a hashtag.”