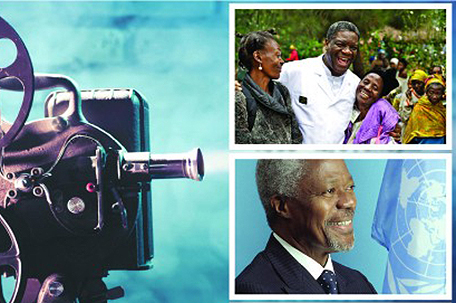 The festival will showcase 60 films from Nov. 23rd to Dec. 9th

Come join in the fun as we invite you to take advantage of the early bird discount rate on the FESTIVAL PASSES today! Early Bird rate ends on Nov. 9 at midnight.

Here’s a sneak peak at some of the shows:

Discussion and VIP Reception after screening!

“Timeless” is a love story that travels time from 19th Century Ghana to the modern day Caribbean.

It is the story of Ajuwa, a Ghanaian warrior, who loses her soulmate to the slave trade. Their souls reunite in the present in the form of Malinda Benjamin, a senator in the U.S. Virgin Islands and Alphonse Walcott, a gifted writer who has returned from New York. However, the kindling of the relationship goes sour when Alphonse meets Bianca.

Some of the social issues explored in the film are the human trafficking of the slave trade in the past and the present-day human trafficking in the Virgin Islands, as well as political corruption and immigration.

ADIFF 2018 School Program – The 26th Annual African Diaspora International Film Festival (ADIFF), sponsored by ArtMattan Productions, NYC DCA and the NYC Council in the Arts and Council Member Bill Perkins, 9th C.D., cordially invites you and the students attending your institution to attend, free of charge, to the 11 AM screenings of the festival’s films.

THEY HAD A DREAM  (Le Rêve Français)

Q&A after screening with Firmine Richard and VIP reception.

They had a dream tells a story based on reality. It is both a social and a fictional saga, exploring the interconnected lives of two Guadeloupian families to reveal hidden or obscure aspects of French society.

In the sixties, the idea of a ‘dream France’ appealed to many French West Indians and Reunion Islanders. The BUMIDOM (Bureau for the Development of Migration in Overseas Districts) encouraged them to leave their native lands to escape the poverty.