The African American Museum of Philadelphia celebrates women of distinction 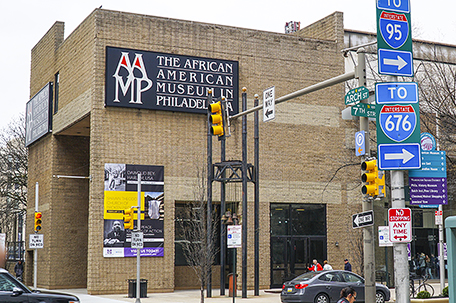 Booksigning for “MFON: Women Photographers of the African Diaspora” on March 16 and screening of the award winning documentary film, Justice is a Black Woman: The Life & Work of Constance Baker Motley on March 31

On Friday, join the African American Museum in Philadelphia (AAMP) and the Philadelphia Photo Arts Center (PPAC) as we host a special conversation, book signing and reception to celebrate the launch of MFON: Women Photographers of the African Diaspora.

“MFON: Women Photographers of the African Diaspora” is an exclusive and commemorative publication committed to establishing and representing a collective voice of women photographers of African descent. The inaugural issue of MFON features over 100 women photographers across the Diaspora. This iconic issue includes an introduction by Dr. Deborah Willis, MacArthur Fellow and chair of the Department of Photography & Imaging at the Tisch School of the Arts at New York University. It also features essays written by women scholars, journalists and artists. Subsequent issues of MFON will feature photographic essays of four or five photographers with in depth interviews and essays that will contextualize the works. 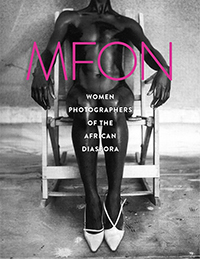 MFON is founded by award winning documentary photographer, Laylah Amatullah Barrayn and critically acclaimed, award winning visual artist, Adama Delphine Fawundu with the goal of creating awareness of the impact that women photographers of African descent have in the world.

Doors open at 6 pm so guest may view AAMP’s special exhibition “Went Looking for Beauty: Refashioning Self” which includes more than 30 stunning photographs by Deborah Willis, Phd. Copies of MFON will be on sale this evening.

Doors open at 6 pm. The discussion begins at 6:30 pm. The book signing and reception to follow discussion. 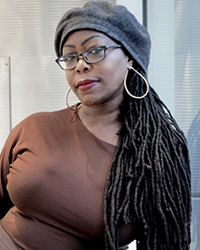 Laylah Amatullah Barrayn is a documentary photographer based in New York City. Her work has been published in The New York Times, BBC, The Washington Post, Le Point Afrique, CBS News, Vogue, among other publications. She is the co-editor of “MFON: Women Photographers of the African Diaspora.” Barrayn was recently awarded the Reporting Grant for Women’s Stories from the International Women’s Media Foundation (IWMF) Her other photography projects have been supported by Columbia University’s Institute for Research in African American Studies and the Research Foundation of the City University of New York. Her latest project on the Baye Fall sufi order of Senegal was exhibited at Galleria Biagiottie in Florence, Italy and at the Museum of Contemporary African Diasporan Arts (MoCADA) New York. She has also exhibited at Galarie Ethiopiques (Senegal), Brighton Photo Biennial (UK) and The Museum of Contemporary Photography (USA). She was recently an artist-in-residence at the Waaw Centre for Art and Design in Saint-Louis, Senegal. 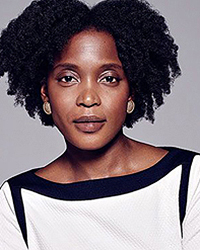 Adama Delphine Fawundu is a photo-based, multi-disciplinary, award-winning visual artist and educator based in Brooklyn, NY. Over the past 25 years, Ms. Fawundu has produced several photographic archives of works documenting the life and culture of people within the African Diaspora. These works were published in numerous anthologies such as “Africa Under the Prism: Contemporary African Photography” from the Lagos Photo Festival by Joseph Gergel, and “Reflections in Black: A History of Black Photographers 1840-Present” by Dr. Deborah Willis. Her works have also been in publications such as The New York Times, Time magazine and New York Magazine. Ms. Fawundu is a New York Foundation of the Arts Photography Fellow. 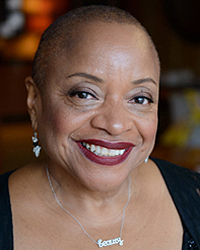 Deborah Willis, Ph.D., is chair of the Department of Photography & Imaging at the Tisch School of the Arts at New York University. Willis has an affiliated appointment as university professor with the College of Arts and Sciences, Africana Studies, also at NYU. Professor Willis has been the recipient of Guggenheim, Fletcher, and MacArthur fellowships, the Infinity Award in Writing from the International Center for Photography, and the Anonymous Was a Woman Foundation Award. Named one of the “100 Most Important People in Photography” by American Photography magazine, she is one of the nation’s leading historians of African-American photography and curators of African-American culture. Willis’ books include “Envisioning Emancipation: Black Americans and the End of Slavery with Barbara Krauthamer,” “Posing Beauty: African American Images from the 1890s to the Present,” and many others. 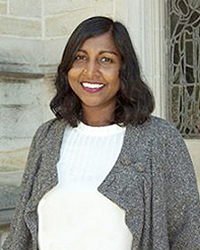 Anna Arabindan-Kesson is an assistant professor of African American and Black Diasporic art with a joint appointment in the Departments of African American Studies and Art and Archaeology at Princeton University. Born in Sri Lanka, she completed undergraduate degrees in New Zealand and Australia, and worked as a registered nurse in the UK before completing her PhD in African American Studies and Art History at Yale University. In her teaching and research, Anna focuses on African American, Caribbean, and British art, with an emphasis on histories of race, empire, and transatlantic visual culture in the long 19th century. Her first book, under contract with Duke University Press is called “Black Bodies White Gold: Art, Cotton and Commerce in the Atlantic World.” It uses the networks created by the Anglo-American cotton trade to examine connections between art, slavery and colonialism in the nineteenth century and in contemporary art practice. Last year, she and Professor Mia Bagneris of Tulane University were awarded an ACLS Collaborative Research Fellowship along with Professor Mia Bagneris of Tulane University, to complete a second book entitled “Beyond Recovery: Reframing the Dialogues of Early African Diasporic Art and Visual Culture 1700-1900.” Her curatorial projects include the 2009 traveling exhibition “Embodied: Black Identities in American Art” from the Yale University Art Gallery and the 2016 exhibition at Art Sanctuary, Barkley Hendricks’ “O Snap!” She joined the board of Philadelphia Photo Arts Center in 2017. 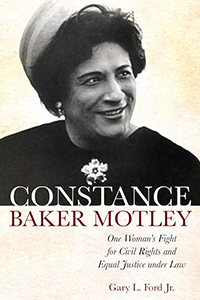 “Justice is a Black Woman”

On Saturday, March 31 at 1pm, the African American Museum in Philadelphia will close out Women’s History Month with a visit from scholar, author and professor Gary L. Ford, Jr., whose works give great insight into the career, triumphs and legacy of civil rights giant Constance Baker Motley, a key litigator and legal strategist for landmark civil rights cases including the Montgomery Bus Boycott, the Birmingham Movement, desegregation of the Universities of Mississippi, Georgia, and Alabama, and representation of Dr. Martin Luther King, Jr., freedom riders, and the sit-in protestors who were arrested and jailed.

A screening of the award-winning documentary film, “Justice is a Black Woman: The Life & Work of Constance Baker Motley” produced by Ford along with director/producer Michael Calia and screen writer Susan Bailey, will be followed by a discussion of Ford’s recently released book, “Constance Baker Motley – One Woman’s FIght for Civil Rights and Equal Justice under Law,” and an opportunity for attendees to have their copy of the book signed. (Limited quantities of the book will be available for purchase at this event).

Gary L. Ford, Jr. is an assistant professor of Africana Studies at Lehman College. He has earned several degrees, including a BA in African American History from Harvard University, a JD from Columbia University, an MFA in Creative Writing from the New School, and a PhD in American Studies from the University of Maryland.