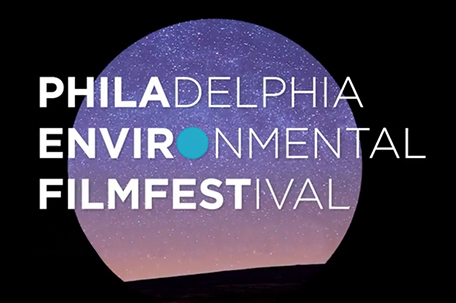 Last year, the Prince Theater hosted the first Philadelphia Environmental Film Festival (PHEFF). Debra Wolf Goldstein and Alexandra Drobac brought to life a vision that allowed ecologist, conservationist, environmentalist and film lovers to have a front row seat to the current state of our planet. This year the 2nd Annual Philadelphia Environmental Film Festival returns to The Prince Theater with a stellar lineup. With submissions from all over the world, that covers a wide array of topics, the festival is sure to appeal to diverse audiences. Debra Wolf Goldstein sat down with the SUN to talk about what audiences can expect at PHEFF 2018 which is returning this year bigger and better with even more incredible films. Goldstein shared her enthusiasm regarding the growth of the festival.

“It’s exciting to continue it, and bring in even more great films.” She said, “We have 34 of them this year, up from 26 last year. We got 265 submissions from 43 different countries. There are movies being made about the environment in every single country. There are passionate, terrific filmmakers out there making new documentaries, animated films and other kinds of films to really try to bring people’s attention to the issues and solutions.”

Thirteen jurors helped with the selection process, each viewing over 100 submissions. The submissions ranged from 30 seconds to 90 minutes, each with a wide range of topics. Goldstein clarified that there is no theme for the festival; instead the films selected reflect the current status of our environment.

“We didn’t go into it intending for there to be a focus but because of the dramatic negative changes that are happening in our oceans, people are making films trying to bring some attention to it. Both in terms of acidification of the coral reefs that are dying, and the plastics that are entering the oceans… people are making related films from a lot of different perspectives.” Goldstein added, “Our opening night feature film, they invented some kind a time lapse photography so that they can show the bleaching of the coral reef, how quickly it’s happening, and how quickly they are dying.”

Goldstein also spoke specifically about a film called “Anote’s Ark” included in the festival… a film about climate change that she describes as extremely powerful.

“It’s about a nation called Kiribati, which I actually had never heard of before watching this film. It’s kind of like the canary in the coal mine for climate change. The whole country is a bunch of low-lying islands. This videographer is there watching what’s happening to people storm after storm as it’s creeping up and starting to wash away entire towns. The president of the country is desperately trying to buy land in New Zealand to move his entire nation there before the ocean swallows his country. It’s so compelling because it’s a race against time.”

Not only does PHEFF feature films that deal with pressing issues regarding how the environment is being impacted worldwide, PHEFF also has a regional film block called “Philly Rising! The Sustainable Economy”, which highlights what is happening right here in Philadelphia.

Goldstein said, “We wanted to focus on what was happening in in the Philadelphia region from the sustainability perspective. That includes sustainable buildings, and the way that people are building houses or communities that can lower impact on the environment. So in that block, we’re featuring a film by a company called Saint-Gobain. They are the world’s largest building materials company. They are very interested in green design and green building. That film profiles a lot of the leaders in Philadelphia about their thoughts on urban planning, urban agriculture and sustainability.”

PHEFF 2018 continues to maintain its platform for new films and perspectives on the environment. This year, for the first time, PHEFF is also dedicating a programming block to young filmmakers called “Kids’ Planet”.

“We are very excited to do that for the first time this year. We have a young filmmaker who showed a film in last year‘s festival named Dylan D’Haeze from Washington State. He’s just an amazing filmmaker! We thought what better way to get kids inspired, then to bring Dylan here to talk to them. We have 400 local Philadelphia area school children coming Friday morning to The Prince. We’re going to show two of Dylan‘s films… both are short films under half an hour. He has a film about plastics in the water, recycling and what kids can do to help, and his other film is about climate change and explaining it from a kid’s perspective.”

The Philadelphia Environmental Film Festival offers a multitude of options for filmgoers. In addition to the screenings, there will be activities, panel discussions, samples of local beer and cheese, and a diverse crowd of attendees who share a desire to help the planet. Audiences will have an opportunity to take part in a visual display of the global perspective on our environment. Audiences will see what is happening to our planet and contemplate solutions for what we can do to make it a safer place for generations to come.

In the words of Debra Wolf Goldstein, “Come prepared to be entertained, informed, and inspired.”

The Philadelphia Environmental Film Festival will take place from April 6-8th at The Prince Theater. Visit http:// philaenvirofilmfest.org/ to join PHEFF’s mailing list, purchase tickets, and to find out more about the schedule.