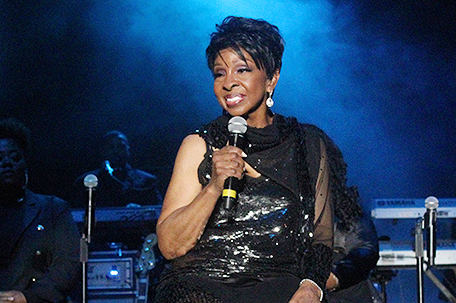 In the first full season since the pandemic began, the Dell’s promoters and general managers have worked hard to entice their loyal fans back to the popular concert series this summer.

As opposed to previous years, this year’s Dell concerts have featured headliners with complementary performers, resulting in all shows selling out. Crowds were captivated by each show’s headliners’ media introductions and theatrics.

Knight, known as the Empress of Soul, headlined the sold-out event, which also featured singers Damien Escobar and Kenny Lattimore.

In December, Knight, 78, will be a part of the Kennedy Center Honors Class of 2022 joining U2, Amy Grant, and actor-activist George Clooney in receiving the award, which is given to entertainers for their contributions to our society through their lifetime body of work in music and cultural arts. Knight joins other distinguished African American singers who have received this honor, including Diana Ross, Aretha Franklin, Marian Anderson, Mavis Staples, Tina Turner and Ella Fitzgerald.

Knight treated her fans to her favorite and memorable songs like “Midnight Train To Georgia,” “The Way We Were,” “Best Thing That Ever Happened To Me,” “Love Overboard,” and a medley of other songs. The audience chanted, “I love you, Gladys!” during the final portion of the show.

The next concert featured popular crooner Kem and lovely songstress Tamia. Kem rocked Dell fans with his trademark songs “Stuck On You,” “Chemistry,” “Love Calls,” “I Can’t Stop Loving You,” “Share My Love,” “Heaven,” and “Why Would You Stay and Lie To Me?”.

During Kem’s romantic song offerings, he encouraged the men in the audience stand up and pledge their love to their mates. Not even an impromptu rain shower could interrupt the fun. He thanked fans for coming back to the venue during the heavier portions of the rain, which delayed the concert for about 40 minutes. This was definitely Kem’s best performance at the Dell.

Comedian Skeet Carter kept the crowd in stitches with his wild brand of humor.

“I always know they love me, because when I’m walking through the crowd after I get off stage, everybody is asking me to take a picture and that how much they thought that I was funny,” Carter said. “So, there’s nothing like the Dell, man. They are out here in the rain right now — they don’t care. If you’re funny, bring the funny. If you got the music, bring the music, because they’re gonna come out here and take it all in and love it.”

Talented longtime street musician Aijee also performed with her cello. Over the past decade, you may have seen Aijee playing in the subways, at City Hall, and at storefronts. Her performance and story moved the crowd.

“I thought she was very talented as well as her accompanying violinist and the guy on the drums,” Mt. Airy resident Janay Scott said. “It startled me to think that they were street artists or street performers because they definitely deserved to be at a venue, and they deserved to have their talent showcased.”

For her first performance at The Dell, Tamia — a talented, energetic Canadian-born singer — graced the stage to rousing applause.

Overall, the concerts of the season have been very well received.

In addition to dancers and skits, every performer this year has created a story that their longtime fans have enjoyed.

“He’s terrific (violinist Damien Escobar),” said Mayor Jim Kenney. “I’ve never seen him before. A lot of energy, a lot of talent, and he was a pleasure to watch. It’s always nice to be around nice people — and The Dell is always filled with nice people.”

“I’m here at The Dell enjoying myself and enjoying the show with my wife,” said Quint McRae of  Burlington, NJ. “We saw the Anthony Hamilton concert a couple of weeks ago, and we’re back tonight to see Kem.  We’re coming back in September to see Stephanie Mills.”

Regardless of what the weather is like, the Dell’s faithful fans are back in full force this year for the popular series.