Terry Crews says he was molested by a Hollywood executive 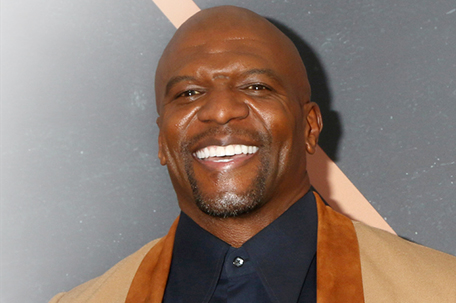 In a series of tweets,Terry Crews claims to have been molested by a Hollywood mogul in front of his wife.

The 49-year-old actor and former American football player opened up about the alleged incident with an unnamed “high-level Hollywood executive,” saying he was inappropriately grabbed in front of his wife Rebecca.

Crews — who admitted he decided to speak about the incident because of the sexual harassment allegations surrounding Hollywood producer Harvey Weinstein — explained: “This whole thing with Harvey Weinstein is giving me PTSD. Why? Because this kind of thing happened to ME.”

“My wife n I were at a Hollywood function last year n a high level Hollywood executive came over 2 me and groped my privates.

“Jumping back I said What are you doing?! My wife saw everything n we looked at him like he was crazy. He just grinned like a jerk.

“I was going to kick his ass right then– but I thought twice about how the whole thing would appear.

“’240 lbs. Black Man stomps out Hollywood Honcho’ would be the headline the next day.

“Only I probably wouldn’t have been able to read it because I WOULD HAVE BEEN IN JAIL. So we left.

“That night and the next day I talked to everyone I knew that worked with him about what happened.

“He called me the next day with an apology but never really explained why he did what he did. ”

Despite his outrage, Crews decided against taking the matter further – which he claimed was a typical response in Hollywood circles to such behavior.

His tweets continued: “I decided not 2 take it further becuz I didn’t want 2b ostracized– par 4 the course when the predator has power n influence.

“I let it go. And I understand why many women who this happens to let it go.