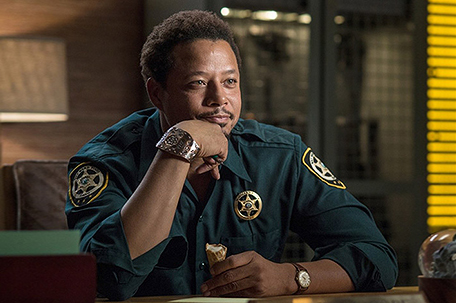 Fox has announced that “Wayward Pines” will return for a second season on Wednesday, May 25 (9:00-10:00 PM ET/PT). The series,  from executive producer M. Night Shyamalan comes back for what will be a 10-episode season of the psychological thriller which is based author Blake Crouch’s international best-selling series of books.

This season will star Jason Patric, Djimon Hounsou and Hope Davis, picking up after the shocking events of season one, with the residents of Wayward Pines battling against the iron-fisted rule of the First Generation. Dr. Theo Yedlin (Patric) – a new resident of Wayward Pines – awakens from suspended animation and finds himself in the middle of this rebellion, as he tries to understand what Wayward Pines really is and help preserve the endangered human race.