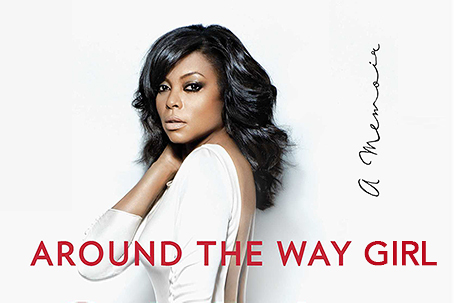 Taraji P. Henson’s memoir, “Around the Way Girl,” hit bookstores and online retailers last week on Oct. 11. I have a copy of the book, which includes a chapter titled “On Being a Black Woman in Hollywood,” and which I read first, for what should be obvious reasons.

Overall, the book is a relatively brisk read at 256 pages (hardcover), and Henson is candid throughout, sharing some inspiring and funny details about her personal and professional life, from her early career struggles, to the star that she is today – commanding a reported $175,000 an episode for “Empire” (likely more than she received for what was to be her breakout role in The Curious Case of Benjamin Button – an experience she details in the book), and lead roles on the big screen, starting with the upcoming Hidden Figures – as well as the drive necessary to make it from DC’s volatile streets, to Hollywood, and the joy of living her life as true to herself as possible. 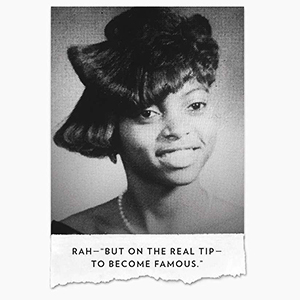 She shares stories of her parents, and opens up about her experiences as a single mother, her Howard education and what it did for her, as well as the pitfalls that come with being a black actress.

In the “On Being a Black Woman in Hollywood” chapter, Henson gives much ink to her involvement in The Curious Case of Benjamin Button, starting with the call from her agent informing her of the audition for director David Fincher, to how she eventually got the highly sought — after role, her high expectations for what she hoped getting the role would eventually mean for her career (receiving third billing after Brad Pitt and Cate Blanchett), only to be upset with the salary she was paid, and the fact that she had to foot her own hotel bill for 3 months during the film shoot.

Henson says she received “the equivalent of sofa change” compared to the likely multi-million dollar salaries of co-stars Pitt and Blanchett – “the lowest of six figures” is what she was paid, as she states in the book; and certainly paying for her own hotel for the 3-month shoot wasn’t exactly expected. Unfortunately, she doesn’t explain why she had to foot her hotel bill, so one can only speculate. Maybe she’ll further address this now that the book is out.

But, undeterred, Henson took the part in spite of salary and hotel disappointments, given where she was in her career at the time. As she notes in the chapter, there was a long line of Black actresses waiting to take her spot, so she chose not to push for higher pay, in part because she could’ve risked losing the job. Instead she went to work every day, and gave the role everything she had: “When I did that, my performance of Queenie became transformed into a spiritual awakening, not just for me but also the audiences who watched the film and cheered my performance.”

Her performance would eventually lead to an Academy Award nomination in the Best Supporting Actress category. She didn’t win, but she didn’t expect to, as she says, and seems pleased to have had the opportunity, while also hoping that it would all lead to so much more.

It didn’t. At least, not yet. Certainly not as quickly as she expected. She talks about the day after the Oscars, following all the interest in her from the media. It all vanished rather quickly; and there she was without a job to follow the success of Benjamin Button, and all the accolades she earned. The significant phone call she did receive came from Tyler Perry, she writes, who wanted to not only congratulate her, but also to offer her the starring role in “I Can Do Bad All By Myself,” which came with a better paycheck. Of course she accepted, and that was yet another step on the ladder to success that she was on (even though it wasn’t so obvious at the time).

Also in that chapter, she speaks of the frustration of being considered for juicy roles that could’ve put her on another path, only to see them go to white actresses.

“Time and again, I’ve lost roles because someone with the ability to green-light a film couldn’t see Black women beyond a very limited purview he or she thought ‘fit’ audience expectations,” Henson writes. As an example, she shares that the role of the pregnant stripper in the critically-acclaimed dramedy “St. Vincent” was originally written for her by the film’s screenwriter and director, Theodore Melfi, but the role would be filled by Naomi Watts, who was lauded for her performance, and was nominated for a SAG Award, among others.

“It was a meaty gig,” Henson says in the book. “I would have loved it. Alas, I couldn’t get served at that particular restaurant.”

She also talks about her immense struggles in putting the 2014 thriller “No Good Deed” together – notably fighting to convince Idris Elba to co-star with her in the film. In brief, as producer of the film as well, Henson had to assemble its core team, including her all-important male co-star. Per Henson, the film couldn’t have been made without a bankable male lead, and Elba was her choice, which, apparently, the studio agreed with. But Elba was busy prepping to film his Nelson Mandela movie; he was interested, but scheduling was a problem. So Henson had to work hard, and practically had to beg him to do the movie with her, offering to work around his schedule (“We could film on weekends,” she said), for what would be a quick shoot. She needed him to say yes, otherwise the movie may have never been made, and she was determined to get a “yes” out of him, which she did.

She acknowledges that “No Good Deed” was formulaic, but she wanted to do it anyway; after all, white actors make formulaic movies routinely, and she liked the idea of a thriller like it, with an all black cast, which wasn’t (and quite frankly, still isn’t) common at the studio level.

There’s more in the “On Being a Black Woman in Hollywood” chapter, and in the whole book obviously, including paragraphs on her relationships with other Black actresses who are also very good, long-time friends (Sanaa Lathan and Regina King notably), sisterhood among Black actresses (being there for one another, supporting each other), praise and respect for Viola Davis, becoming Cookie Lyon and what the role has done for her career thus far, working behind the camera, becoming comfortable in her own skin, and more.

Like I said, it’s a quick read. It might even inspire some of you who might be on a similar path as she was many years ago, as an up-and-coming struggling actress (also a young, single mother), hustling to become the star that she is today.

You can pick up a copy of the book at your local bookstore or on Amazon.com.