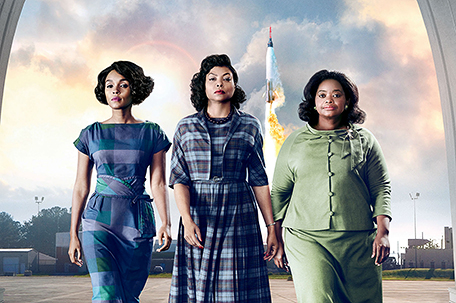 BEVERLY HILLS, Calif.– Taraji P. Henson almost backed out of writing her autobiography because she was reluctant to expose herself to scrutiny. She could have bypassed starring role in a film about NASA’s unsung female mathematicians because of her taxing work as the formidable Cookie on Fox’s “Empire.”

But the actress gathered her will and did both. The result is “Around the Way Girl,” to be published Oct. 11, and the January theatrical release of “Hidden Figures,” in which she plays Katherine Johnson, one of the real-life African American women who were a critical part of the space program.

In an interview with The Associated Press, Henson discussed the projects as she awaits the Sept. 21 return of “Empire” and what’s ahead for Cookie and her family after last season’s cliffhanger ending. In it, her ex-husband and sparring partner, Lucious (Terrence Howard), married Anika (Grace Gealey) – who might or might not have survived a brawl with Rhonda (Kaitlin Doubleday). The questions and answers were edited for clarity and brevity. 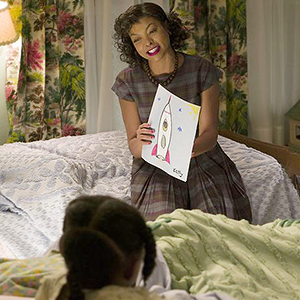 Henson: I am exposing myself and it is just very, very scary and there were a couple times where I almost backed out, where I’m just going to write them their check and say, ‘I just don’t want to do it.’ And it was my beautiful makeup artist, Ashunta Sheriff, who re-calibrated me and focused on me on why I decided to write the book. People find my life inspiring. And, as an artist, that’s what you should do: inspire people. … A little around-the-way girl from the hood was able to dream because of all the people who came before me, and weren’t afraid to dream and weren’t afraid to go out and do it: the Lucille Balls, the Bette Davises, the Phylicia Rashads, the Debbie Allens, the Diahann Carrolls. The list goes on and on. If I didn’t have them to look at, who knows that I could even dream, or make them come true? 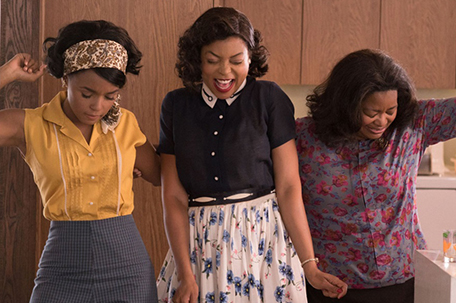 AP: Like those women in NASA in “Hidden Figures”?

Henson: Well, I’m no mathematician, but I play one. (Laughs.) It’s a movie based on these incredible women who helped our men get to space. Who knew that? Who knew that women had anything to do with men getting to the moon? Who knew? You see all the footage, all the documentaries, and you just see a room full of smoking men. So then I find out about these women and I redo my research and I’m like, ‘OK, where’s the woman?’ I know I’m going to see her. Because now I know they exist.’ That bothered me and I made it my mission to do this film. … And it was the hardest thing I ever had to do, because I’m used to supporting movies. I’ve never carried a show and then went on to carrying a film. That was hard but worth it for Katherine Johnson’s story.

AP: So is this a case of a body in motion staying in motion?

Henson: You have to strike while the iron is hot. People are interested. And this is the moment every artist prays about. Look, I grew up in an era where women were done at 40. Meryl Streep thought she was done at 40. And just watching her trajectory gave me hope. Edie Falco from ‘The Sopranos,’ she didn’t hit until she was 36. That’s hope. Men can do it. They can go bald, have a big stomach and never fix their teeth, and they’ll work forever because they’ll hire some next young, hot (actress). But you see what’s happening is that we 40-year-olds are giving those 20-year-olds a run for their money. So you can get a mature woman who is still hot and play opposite these big leading-men roles. … And not only that, I’m interested in work that’s going to be talked about long after I’m gone, and challenging and pushing myself. And so when that role comes, I can’t turn it down. Why walk away from an incredible role like Katherine Johnson? Why? Because I’m tired? I don’t have time to be tired. … We are just getting started.”