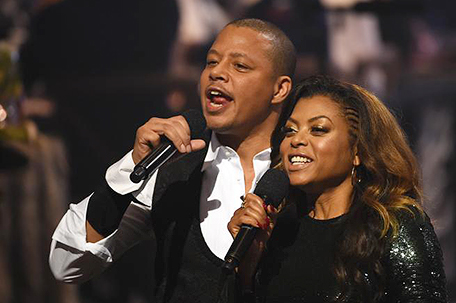 “White Hot Holidays” will feature a special duet by Henson and Howard, and modern performances of classic holiday songs by entertainment superstars like Mary J. Blige, John Legend and Jamie Foxx, among other surprise guests and performances.

The special is set to be filmed at the Pasadena Convention Center in Pasadena, CA on Sunday, Dec. 6. Currently, there is a wait list for tickets at 1iota.com.

Howard and Henson of course both star in FOX’s hit series “Empire,” which is currently in its second season, after a record-setting season 1, in terms of ratings. Its fall finale airs tomorrow, Wednesday, Dec. 2 (9-10 PM ET/PT) on FOX. It returns on March 30 to complete season 2.