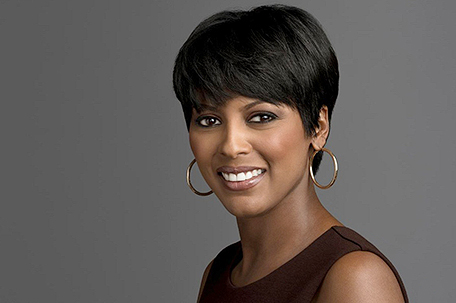 NEW YORK — NBC said Wednesday that news anchor Tamron Hall is leaving the network, the first casualty of its decision to sign Megyn Kelly away from Fox News Channel.

Hall co-hosted the third of NBC’s four-hour “Today” show, airing at 9 a.m. ET, with Al Roker. Last week they were told that their hour was giving way to Kelly, who was promised a slot in NBC’s daytime lineup.

NBC said Hall, who also hosted an hour of news programming each morning on MSNBC, had her last day at the network on Tuesday. The network said it tried to convince Hall to stay beyond the end of her contract this month, but she declined.

Hall, 46, was not immediately available for comment, a spokeswoman said. Through an NBC statement, she said: “The last 10 years have been beyond anything I could have imagined, and I’m grateful. I’m also very excited about the next chapter. To all my great colleagues, I will miss you and I will be rooting for you.”

She joined MSNBC in 2007 after working for a decade in local news in Chicago. She was active in efforts to fight domestic violence after telling about the murder of her older sister in Houston in 2004.