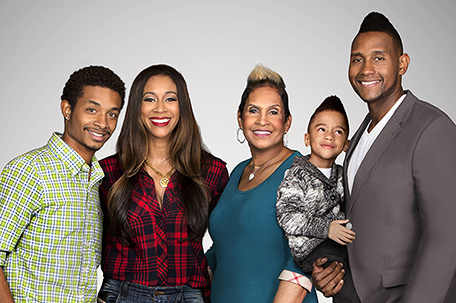 The St. Louis Business Journal reported last week that Robbie Montgomery, reality TV star and founder of St. Louis restaurant Sweetie Pie’s, has accused her son of stealing money and misusing her trademarks to open competing restaurants, according to a lawsuit filed in federal court Tuesday.

The suit, filed in the Eastern District of Missouri, said that Montgomery discovered last summer that James T. Norman “had been misappropriating Plaintiff’s accounts and funds maintained in connection with his management of” Sweetie Pie’s in The Grove, at 4270 Manchester Ave.

The suit said Norman withdrew “substantial sums of money” from the accounts and used them to open and operate restaurants in North Hollywood, California; Berkeley and Florissant. It also said Norman has refused to return the money.

The suit said Norman’s misuse of Sweetie Pie’s marks, registered with the U.S. Patent and Trademark Office in 2006, impairs Montgomery’s ability to operate her restaurants in the St. Louis area and to open any restaurants in the Los Angeles area.

The suit said that because Montgomery and Norman were featured as family members on “Welcome to Sweetie Pie’s,” an Oprah Winfrey Network reality TV show, there is a further chance of “causing confusion in the market place.”

The suit cited negative online reviews for Norman’s restaurants as having damaged the perception of Montgomery’s.

“‘[Defendant Norman] is gonna ruin his mommas reputation and her business if he doesn’t slow down and recalibrate,’” one review of the California restaurant said, according to the suit.

It seeks a preliminary and permanent injunction prohibiting Norman and two of his entities, Sweetie Pies Hollywood LLC and Sweetie Pies Kitchen LLC, from continuing to use the Sweetie Pie’s marks. The suit, which alleges violations on seven civil counts, also seeks a variety of monetary damages and requests that the infringing domain names be transferred to Sweetie Pie’s or canceled.

Matthew Jacober of Lathrop & Gage LLP is representing Montgomery. He did not immediately respond to a request for comment.

Norman has since released this statement to the media and was printed in the entertainment newsmagazine ‘Rolling Out’:

“In this turn of events, unfortunately, outsiders appear to be misguiding and manipulating my mother to sell our family business. It’s complicated, to say the least, as we have joint interest in various facets of the Sweetie Pies brand. I have to stay true to our brand and our business and I truly hope this disagreement can be settled between my mother and me. I have always, and will always, want what is best for my mother, our family, and our people. This is the risk of doing business with loved ones and I am hopeful for swift resolution.”

Sweetie Pie’s in April was hit with a default judgment stemming from a woman’s fall at The Grove restaurant.

A lawyer for Montgomery, who was a backup singer for Ike and Tina Turner, alluded to the dispute with Norman then.

“It’s reality TV playing out in real life,” the lawyer said in April. “This whole thing has got more drama associated with it than quite frankly it needs to.”

Sweetie Pie’s faced a creditor’s lawsuit last year. Norman, who was named as a defendant in the suit along with two Sweetie Pie’s entities, in September reached a deal with the creditor, American Express Bank, agreeing to make monthly payments of $5,989 until a $215,821 judgment was paid off, according to court records.