Sweet Honey in the Rock protesting during NC shows 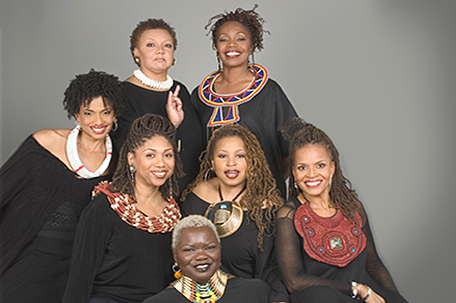 ABOVE PHOTO:  Sweet Honey in the  Rock

LOS ANGELES — The a cappella group Sweet Honey in the Rock protested North Carolina’s law addressing LGBT rights and bathroom use by transgender people during its concerts in the state last weekend.

“We gave a shout-out to everyone and performed a civil rights medley,” said group member Carol Maillard on Saturday morning. “As I always say, you never know when you’ll need a good, strong protest song to bring your community together so they can raise their voices.”

The long-running African American female performance group was founded in 1973 and has been nominated for several Grammy Awards.

“We realized it would be to our advantage and the community’s advantage to come together and let them know we give our spiritual and emotional support for what they’re fighting for here,” Maillard said. “I’m sure it’ll all work out.”

Discover The Beauty Of Pure Honey