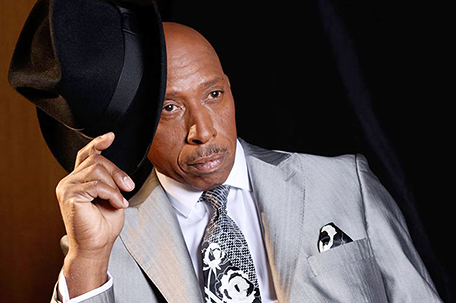 Four-time Grammy®-nominated singer, Jeffrey Osborne, brings his iconic rhythm and blues music to The Event Center at SugarHouse Casino on Friday, Feb. 10, 2017, at 9 p.m. Entertaining on the weekend before Valentine’s Day, Osborne’s show will feature some of his well-known romantic hits, including “On the Wings of Love” and “Stay With Me Tonight.” Tickets for the performance go on sale Dec. 16 and prices start at $59.

The former lead singer of ‘70s R&B/funk band, Love Men Ltd., later known as L.T.D., Osborne achieved solo success in 1982 with two hits on the U.S. pop and R&B charts from his self-titled, debut album. This was followed up by his second album, “Stay With Me Tonight,” which was the first of many Osborne albums to reach platinum status.

“We are excited to have R&B veteran Jeffrey Osborne perform at The Event Center,” said Wendy Hamilton, general manager of SugarHouse Casino. “Osborne’s soulful sound and old school style makes for an outstanding performance that fans won’t want to miss.”

Osborne has 12 solo albums to date, several of which featured chart-topping singles on the U.S. R&B charts, including the No.1 hit “She’s on the Left.” Since his start, Osborne has enjoyed a music career that spans more than three decades, making him one of the most recognizable smooth-voiced ballad singers of his time.

Tickets for Osborne’s show, and for all SugarHouse performances, including country music artist Sara Evans’ concert on Jan. 14, can be purchased online at the SugarHouse Casino Event Center page.

In addition to live performances and concerts, the SugarHouse Casino Event Center can be reserved for a variety of other occasions, including weddings, corporate receptions, seminars, trade shows and more. The space features floor-to-ceiling windows and panoramic views of the Delaware River waterfront and the Ben Franklin Bridge. Parking is always free.