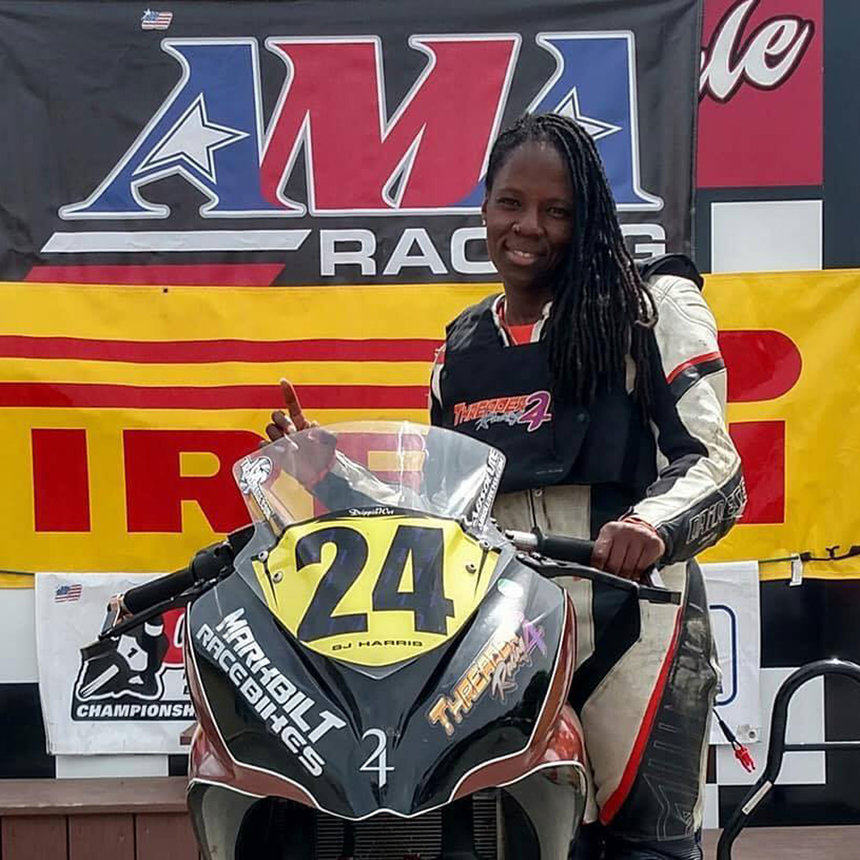 The stuntwoman who died on the set of Deadpool 2 Monday has been identified.

The Brooklyn, New York native was an advocate for women of color in the road racing game, and promoted herself as “the first licensed African American woman in U.S. history to actively compete in sanctioned motorcycle road racing events.”

This was Harris’s first film as a stunt performer, according to Deadline, which reported that she was not wearing a helmet during the scene because her character does not wear a helmet.

“Today, we tragically lost a member of our crew while filming Deadpool,” the film’s star, Ryan Reynolds tweeted. “We’re heartbroken, shocked and devastated… but recognize nothing can come close to the grief and inexplicable pain her family and loved ones must feel in this moment. My heart pours out to them — along with each and every person she touched in this world.”

“I’m deeply saddened by the loss of one of our stunt performers today,” Deadpool 2 director David Leitch said in a statement to PEOPLE. “No words can express how I and the rest of the Deadpool 2 crew feel about this tragedy. Our thoughts are with her family, friends and loves ones in this difficult time.”

“We are deeply saddened by the accident that occurred on the set of Deadpool 2 this morning,” 20th Century Fox said in a statement. “Our hearts and prayers are with the family, friends and colleagues of our crew member during this difficult time.”

The Vancouver Sun reported that the accident occurred just after 8 a.m. on Monday. Witnesses told the outlet that the stuntwoman lost control of her bike during a stunt, jumped a curb and crashed through a plate-glass window at Shaw Tower. She was reportedly treated by ambulance personnel but police said she died at the scene.

According to Metro News, the stunt driver narrowly missed hitting two pedestrians when she lost control of the bike.

An eyewitness told the outlet that the stunt driver completed several rehearsals of the stunt, which involved driving a motorcycle down two ramps across several stairs, earlier that morning.

“She came out, went down the two flights of stairs, and it looked like she kind of hit the throttle because she picked up speed,” Nathan Kramchynski told Metro News.

“She was going full throttle,” he added, noting that it appeared as if the driver “missed two pedestrians” during the failed stunt.

CTV News reported that the lights and sirens of the ambulance were not turned on as it pulled away with the stuntwoman on board.