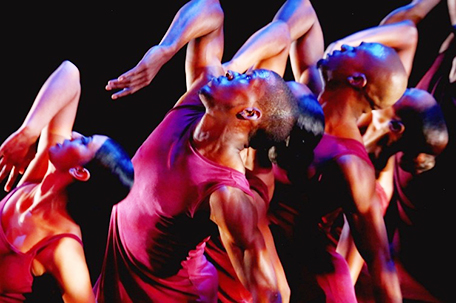 November 18, 2016 Category: Entertainment Posted by: Philadelphia Sun Staff
By Kharisma McIlwaine
Dance is a medium of expression that is celebrated throughout the world. Cultural traditions, ceremonies, and accomplishments are often communicated through dance. Similar to many other areas of art, the aesthetics of dance have often been limited in an effort to exclude people of color. In 1970, Joan Myers Brown founded The Philadelphia Dance Company better known as Philadanco, in an effort to help eliminate some of those barriers in the world of dance. Since its inception, Philadanco has served as a fortress for dance and creativity in the Philadelphia community. Brown continues to put her mark on the dance world with innovative choreography and programming.
Brown is no stranger to creativity or the spotlight. Some of her long list of accomplishments include: founding Philadanco, The Philadelphia School of Dance Arts, and establishing the International Association of Blacks in Dance (IABD). She is also the recipient of two of the most prestigious awards in the arts; The Philadelphia Award and the National Medal of Arts awarded to her by President Barack Obama and First Lady Michelle Obama. She continues her efforts to broaden the horizon for dance in all its forms. Brown was candid about her reason for collaborating with Rennie Harris in “Straight Outta Philly”; she graciously discussed Philadanco’s fall production “Straight Outta Philly” in collaboration with Rennie Harris’s Puremovement.
“Rennie Harris has choreographed several ballets for Philadanco. He rehearses at my studio so I see him all the time.” said Brown, “Our audiences don’t usually mix… Some people like hip-hop, some people like modern.  I thought it was an opportunity for audience development… people that would not ordinarily see hip-hop would enjoy it, and people who don’t ordinarily think they like modern dance would get an opportunity to see it.” Brown continued, “The main thing that sparked the idea for me, was a piece on the history of dance in Philadelphia. I looked at the list and there was nobody Black on it. I’m like “Excuse me!” All of the Black people that come from Philly, if no one else Judith Jamison, Mary Hinkson, Arthur Hall, Billy Wilson… I mean come on! Billy Wilson went to the ballet Mont de Carlo, traveled all over the world, choreographed for Alvin Alley, and had his own company. All of these people have had incredible careers… they didn’t even have Rennie Harris down there. We don’t get credit for the kids that grew up here so I said, let’s celebrate ourselves.” 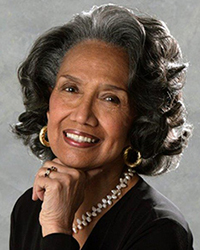 “Straight Outta Philly” combines a number of separate pieces to create a larger work. Brown gave us a peek into the show and what we can expect to see. “Rennie’s piece ‘Nuttin’ But A Word’ is a suite of dances. Then we’re going to do ‘Movement for 5’. Then he’s going to do a short ballet that’s a duet called ‘A Day In The Life’, which is an excerpt from a ballet he did called ‘Beautiful Human Lies’. Then we’re doing ‘Folded Prism’ and the last ballet will be ‘Philadelphia Experiment’. The title “Straight Outta Philly” holds a great deal of weight, using art to express some pinnacle moments in national history and in Philadelphia’s history.”

Brown offered her thoughts on the significance of this piece given the current cries of division heard throughout our country. “You know what’s ironic, two of the pieces are about black people being mistreated. ‘Movements for 5’ is about the five boys that were accused of rape. Even Trump wanted them executed before they were proven guilty. Suppose they would’ve killed those boys? ‘The Philadelphia Experiment’ is about the Move Bombing which is also an incident of social injustice.”
Art has always spoken directly to the social climate, injustice, and the need for change. “Straight Outta Philly” is in perfect timing will add a great deal to the conversation about the fight for equality happening nationwide.
“Straight Outta Philly” will be at the Kimmel Center for the Performing Arts’ Perelman Theater, November 18 – 20 for four performances.  Visit https://www.kimmelcenter.org/ for ticket information.