Steve McQueen unveils an anthology of racism and resistance 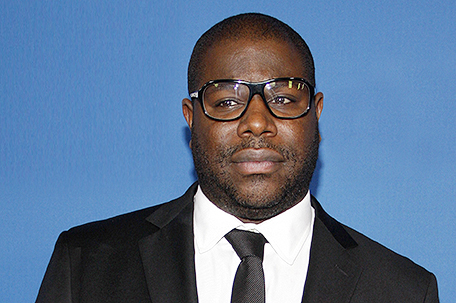 NEW YORK — In a movie year mostly lacking big, ambitious releases, Steve McQueen’s “Small Axe” anthology is an unqualified main event. While many other filmmakers are on hold, the “12 Years a Slave” director has raced to finish not one but five new films.

The movies, spanning 1968 to 1985, are each individual stories about the West Indian community in London. They are testimonies of resistance. Each tale resurrects a chapter of recent history to illuminate the daily oppressions of institutional racism and the struggles against it — in courtrooms, in all-white police precincts, in segregated schools.

“These are stories that have made my life possible as an artist, as a British Black man,” McQueen, who was born in West London to Grenadian parents, said in an interview from London. “You look back to look forward, and also to judge how far we’ve come.”

The scope of McQueen’s achievement has been gradually coming into focus during the New York Film Festival. By Saturday, three of the films will have bowed (two had been set to premiere at the canceled Cannes Film Festival). All will play on the BBC and Amazon in November. For the filmmaker of “Hunger,” “Shame” and “Widows,” “Small Axe” is a shattering masterwork — a compendium, both damning and celebratory, of Black resilience.

The format — isolated films that are most powerful as a collective — is itself symbolic. The title comes from a West African proverb popularized by Bob Marley: “If you are a big tree, we are a small axe.”

“It’s a story about why we are here. It’s not just about the past but the present,” says McQueen. “People’s sacrifices, people’s determination — that’s why these films are important. They reshaped the landscape of the United Kingdom. They paved the foundation for multicultural London society.”

The films will run in a different order in November, but McQueen began by premiering “Lovers Rock” as the festival’s opening night gala. The only fictional tale of the bunch, it brings to vivid, pulsating life a blues party from 1980, when young London Black people found refuge, and love, at house parties. The movie — joyous and sensual — is wall-to-wall reggae bliss.

Still, in this, the brightest of the five acts, there are reminders of the cruelties lurking outside.

“Red, White and Blue,” which is to premiere Saturday, is about Leroy Logan (John Boyega, in his most arresting performance yet), an aspiring research scientist who, after his father (Steve Toussaint) is beaten by police, elects to join the force to attempt to create change from the inside. “Someone’s got to be the bridge,” he says. Yet his colleagues mostly just heap racist abuse on him.

Both films have moments of battles won and the ominous sense of a longer war. They also have beautiful, full-hearted scenes of family, music and love.

“I would describe it in some ways as surviving the stench. That’s what it is,” says McQueen. “You have to transcend that environment. And often, as Black people, we do. You’re limited so you invent things. You invent break dancing, you invent jazz. Inventing things from nothing, that’s how you survive.”

McQueen dedicated “Lover’s Rock” and “Mangrove” to George Floyd. He has also been calling out inequities in the film industry. Earlier this summer, he penned an op-ed for the Guardian about the “blatant racism” of the British film industry. The U.K., he said, is far behind Hollywood in representation. Casting “Small Axe,” he has said, was easy because of all the untapped talent just in need of an opportunity.

“I don’t necessarily think Hollywood is that much better at all, but it’s way better than what’s happening in the U.K. for sure, no doubt,” says McQueen. “What I’m interested in is that the industry is welcoming to black talent. For a long time, I don’t think it was welcoming and that’s why people didn’t take it up as a career option. They didn’t think it was for them.”

The week-by-week rollout of “Small Axe” through virtual and drive-in festival screenings has only heightened the anticipation of what McQueen has coming next. The final two films are “Alex Wheatle,” which leads up to the 1981 Brixton Uprising; and “Education,” which deals with a 12-year-old boy unfairly classified as “special needs” and the West Indian women who created school programs to fight back.

The anthology is, in a way, mapped against the first half of McQueen’s life. He was born in 1969, about the beginning of the films, and McQueen has said he, too, was assumed less capable as a student than he was. But if anyone expecting a neat arc to “Small Axe,” McQueen says that’s not its shape.

“There’s no beginning and end. It’s a circle more than anything,” he says. “It’s evidence, questions — and that’s it, really.”