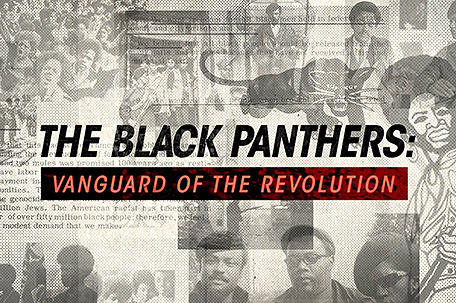 Promising a definitive portrait of the Black Panther Party – its rise and fall – acclaimed veteran director Stanley Nelson aims to paint a complete and accurate account of the revolutionary black nationalist organization, in his very timely new documentary “The Black Panthers: Vanguard of the Revolution,” a film that should act as a reminder, as well as an education (especially for the uninitiated, unaware of those whose shoulders they stand on).

The documentary will not only look at the rise and fall of the Party, but also its influence on how African Americans consider themselves today, especially in consideration of recent (and ongoing) collective action within communities nationwide in response to multiple incidents of fatal police. A key Panther practice was its monitoring of police officers, and challenges of police brutality.

Here’s a synopsis of the film: “Change was coming to America and the fault lines were no longer ignorable—cities were burning, Vietnam was exploding, and disputes raged over equality and civil rights. A new revolutionary culture was emerging and it sought to drastically transform the system. The Black Panther Party for Self-Defense would, for a short time, put itself at the vanguard of that change. ‘The Black Panthers: Vanguard of the Revolution’ is the first feature length documentary to showcase the Black Panther Party, its significance to the broader American culture, its cultural and political awakening for black people, and the painful lessons wrought when a movement derails. Master documentarian Stanley Nelson goes straight to the source, weaving a treasure of rare archival footage with the voices of the people who were there: police, FBI informants, journalists, white supporters and detractors, and Black Panthers who remained loyal to the party and those who left it. An essential history, ‘The Black Panthers: Vanguard of the Revolution,’ is a vibrant chronicle of this pivotal movement that birthed a new revolutionary culture in America.”

The beauty in this is that we get to hear directly from those who lived this story – all sides – if only because many of them were quite young in the ‘60s and ‘70s, during the core Panther years, and are still very much alive to share their firsthand accounts. I’m looking forward to, not only seeing the film, but also to the conversation it will likely inspire.

“The Black Panthers: Vanguard of the Revolution” will make its world premiere at the 2015 Sundance Film Festival this week, screening five times throughout the festival’s run.

And for more information on the film, visit its website: theblackpanthers.com/