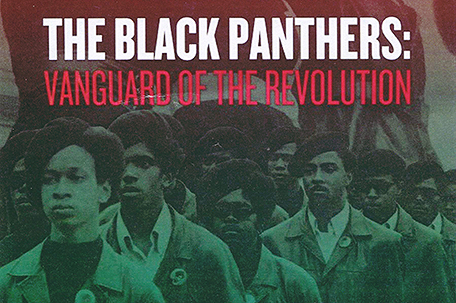 Stanley Nelson’s acclaimed new documentary, The Black Panthers: Vanguard of the Revolution, opened at Film Forum, located at 209 W. Houston St. in NYC last week, September 2, 2015, with a national roll-out to follow this fall. The film is also opening at the AMC Magic Johnson Harlem 9 Friday, Sept. 11 located at 2309 Frederick Douglass Blvd.  No word yet on when movie will be released nationally.

The film will also be broadcast as part of PBS’ independent film series “Independent Lens” in winter of 2016.

A definitive portrait of the Black Panther Party – its rise and fall – acclaimed veteran director Stanley Nelson aims to paint a complete and accurate account of the revolutionary black nationalist organization, a film that should act as a reminder, as well as an education (especially for the uninitiated, unaware of those whose shoulders they stand on).

The documentary not only looks at the rise and fall of the Party, but also its influence on how African Americans think of themselves today, especially in consideration of recent (and ongoing) collective action within communities nationwide, in response to multiple incidents of police brutality that led to fatalities. A key Panther practice was its monitoring of police officers, and challenges of police brutality.

“The Black Panthers made an indelible imprint on American culture and politics” Mr. Nelson said. “The story of their rise and fall is essential history for understanding the times we live in, and the complicated political dynamics that are still at play.”

The Black Panthers: Vanguard of the Revolution made its world premiere at the 2015 Sundance Film Festival.

An interview with Stanley Nelson