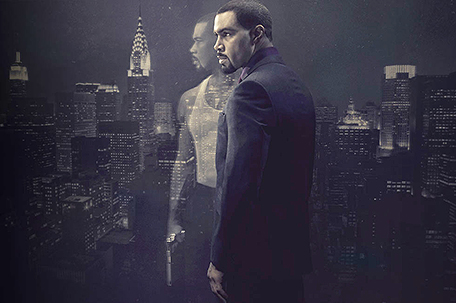 Forget about the so-called renaissance in black film. It looks like the real renaissance is happening, in TV land, based on the onslaught (relatively speaking of course) of new series centered around characters of African descent, across the broadcast network and cable TV networks.

An overall assessment of where “black TV” stands today, compared to the previous decade, is certainly warranted.

After a successful freshman season last summer, the Starz drama, “Power,” from executive producer Curtis “50 Cent” Jackson, and show creator Courtney Kemp Agboh (“The Good Wife”) returns for a second season this summer, picking up where it left off. States the press release: James “Ghost” St. Patrick doubling down on his drug business to save his nightclub and dream of a legitimate future. Ghost’s work troubles pale in comparison to juggling his relationship with his wife, Tasha, and his first love Angela, who’s also an Assistant US Attorney investigating his drug organization. Ghost is set further back from his dream by his business partner, Tommy, who loves the drug game, and his former mentor, Kanan, fresh out of jail, and looking for revenge. Season Two has Ghost in a race against himself: Can he get out of the drug game alive before Angela discovers who he is?

Joining the cast this season are David Fumero as “Mike Sandoval” and Rotimi Akinosho as “Dre.”

“Power” returns this summer with a 10-episode second season.