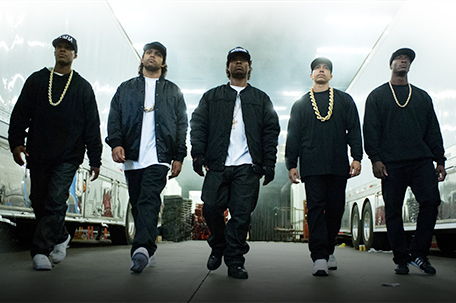 LOS ANGELES (AP)–  “Spotlight,” ‘’Straight Outta Compton,” and “The Martian” are among the 10 nominees for the Producers Guild Awards, which were announced Tuesday.

Conspicuously missing were critics favorite “Carol” and “Star Wars: The Force Awakens,” which has been considered a wild card in the awards race thus far.

The Producers Guild nominees reflected a diverse lot of films, including awards season favorites “Spotlight,” ‘’The Big Short,” and “Mad Max: Fury Road,” and populist pics like “The Martian” and “Straight Outta Compton.” ‘’The Revenant” also scored a nomination.

Surprises include a few well-reviewed films that were nonetheless considered underdogs in the awards race, like the border drama “Sicario,” the Artificial Intelligence thriller “Ex Machina,” the Cold War thriller “Bridge of Spies” and the immigrant romance “Brooklyn.”

Winners will be announced on Jan. 23.