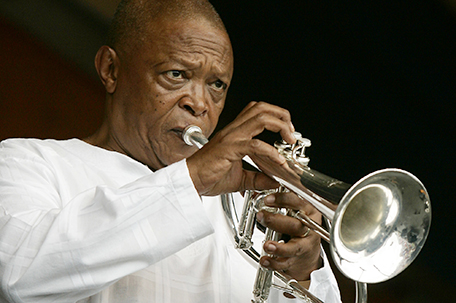 JOHANNESBURG — South African musician Hugh Masekela says he is canceling commitments in the near future because he needs all his energy to continue treatment for prostate cancer.

The jazz trumpeter said in a statement Saturday that he started treatment in 2008 after doctors found a “small ‘speck’” on his bladder, and had surgery in March 2016 after the cancer spread.

The 78-year-old Masekela also says he felt an “imbalance” and had an eye problem after a fall in April in Morocco in which he sprained his shoulder. He says another tumor was then discovered and he had surgery last month.

Masekela, whose hits include “Grazing in the Grass,” says he is in a “good space” and urges all men to have regular tests for prostate cancer.

Communication, not silence, is golden for men battling prostate cancer