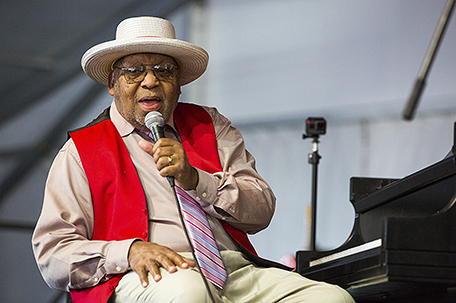 By Janet McConnaughey and Rebecca Santana

NEW ORLEANS — Ellis Marsalis Jr., the jazz pianist, teacher and patriarch of a New Orleans musical clan, died late Wednesday after battling pneumonia brought on by the new coronavirus, leaving six sons and a deep legacy. He was 85.

“My dad was a giant of a musician and teacher, but an even greater father. He poured everything he had into making us the best of what we could be,” Branford said.

Four of the jazz patriarch’s six sons are musicians: Wynton, trumpeter, is America’s most prominent jazz spokesman as artistic director of jazz at New York’s Lincoln Center. Branford, saxophonist, led The Tonight Show band and toured with Sting. Delfeayo, a trombonist, is a prominent recording producer and performer. And Jason, a percussionist, has made a name for himself with his own band and as an accompanist. Ellis III, who decided music wasn’t his gig, is a photographer-poet in Baltimore.

“Pneumonia was the actual thing that caused his demise. But it was pneumonia brought on by COVID-19,” Ellis Marsalis III confirmed in an Associated Press phone interview.

“He went out the way he lived: embracing reality,” Wynton tweeted, alongside pictures of his father.

Jazz at Lincoln Center Orchestra with Wynton Marsalis will bringing the joy as they tour the U.S. and perform “Big Band Holidays”