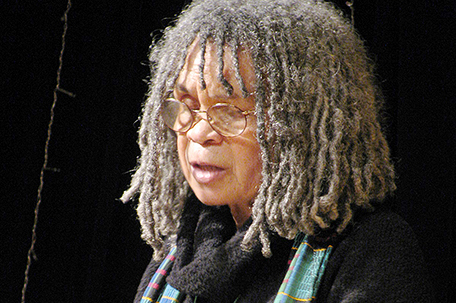 WIM celebrates a monumental anniversary during the 5th Annual Women In Media Conference in Philadelphia, equipping women for advocacy and leadership

Women In Media will host the 5th Annual Women In Media Conference, returning with a brand new theme “Advocacy & Leadership! Be Seen. Be Heard. Be BOLD.” The annual celebration and gathering of women will be held on Saturday, September 23, 2017, from 9am to 4pm at WeWork Northern Liberties, 1010 N. Hancock Street, Philadelphia, PA 19123. The conference will offer workshops and discussions that educate, empower, and equip women to navigate the media landscape with special focus on wellness, advocacy, leadership, global impact and storytelling.

According to the Women’s Media Center, the status of women who use media outlets to own their voice and the voices of so many others they represent has risen in 2017! Within traditional print & online journalism, at least one woman was among the top three editors at 77% of responding American Society of News Editors organizations. Women penned 37 percent of bylined news articles and opinion pieces about reproductive issues in the nations 12 most widely circulated newspapers and news wires. In radio, tv and multi platform journalism,  female  radio and tv news directors rose to 33.1% which was a 2% increase from 2014.

Although women are making substantial advances in media, there is still much to be done to ensure progress continues. Leadership numbers are rising and they are encouraging women to accelerate, lead by example, and advocate for all women utilizing multimedia platforms.

For the past four years, the WIM Conference has provided women in media with the tools, methods and processes to empower themselves and highlight the necessity of full representation of women in media. WIM takes a holistic approach to the professional and personal success of women in media. Women from various disciplines in media as well as those indirectly tied to the industry attend the annual conference to network, connect, learn, and most importantly gain inspiration and motivation.

For the first time, Women In Media will honor an agency dedicated to advocacy of women, impact, positive news, and excellence. WIM’s inaugural recipient of the Agency Award will be PhillyCAM for their dedication to impact and community reporting.

Each year, Women In Media centers the conference around a timely theme that equips, empowers, and encourages women. The 2016 theme was Women In Media: Crossing Borders, which focused on “empowering women to think, lead and report with a global mindset.”  This year WIM is focused on Advocacy and Leadership. The theme for 2017 is “Be Seen. Be Heard. Be BOLD. Women In Media: Advocating for Change!” This year’s theme empowers women in media to think, report and lead with a global mindset and to utilize their skills to be seen, be heard, and be bold advocating for change in our communities.

Women in Media takes advocacy on the road in successful expansion