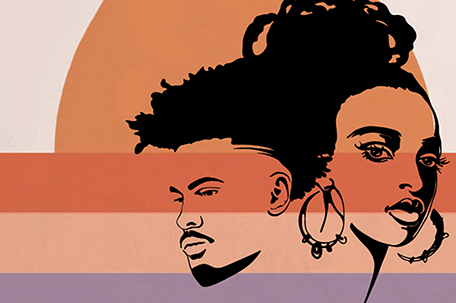 Singer/songwriter and Philadelphia native Ashley Scott has been a staple on the Philadelphia music scene for years.

Influenced from a young age by his aunt, Helen Scott of The Three Degrees, Scott went on to pursue his passion for music, graduating from Howard University with a bachelor of arts degree in Music.  Scott has shared the stage with a myriad of artists such as Take 6, Will Downing and Bilal. He balances his time as a creative and a business man, between running his record label Soulful Sounds International Records and his promotions and events company Philash Entertainment Group. Scott’s latest project, “Don’t Throw Our Love Away,” released on April 23, is currently making waves on the UK Soul charts. No matter where his music charts in the world, Scott’s love for Philadelphia will always be present throughout his musical journey. Scott spoke with the Philadelphia SUN about his creative process, how Philadelphia has influenced his sound and the art of wearing multiple hats.

Scott began working on the music for his single “Don’t Throw Our Love Away” which he co-wrote and produced with Stan Brisbon of Side By Soul several years ago. He shared a funny anecdote about the inspiration behind writing the song.

“One day I was on the way to Stan’s studio and my car broke down. I had to get on the bus, and when you get on Septa, you never know what to expect,” Scott said.” “While I was on the bus, we pulled up to a stop and this couple got on. They were arguing at the stop and brought it on the bus. Everyone was in their phones trying to look down and not at them… but they were so loud it was hard to ignore them. She was letting the guy have it. By the time it got to their stop, she said come to my apartment and get all of your stuff. That’s when he bucked and said, ‘I’m sorry… come on, baby, don’t throw our love away.’ I thought the title was cool and I wrote the song on the way to the studio. I never saw their faces, they never saw mine… but I just tried to put myself in his shoes. My words might not necessarily be their story, but it was an inspiration.”

The music for “Don’t Throw Our Love Away” was created with all live instrumentation, with an aim to be as contemporary as possible. The vocals were recorded carefully abiding by the social distancing restrictions during the COVID-19 lockdown. Those musicians that contributed to the project include: Damon R. Bennett Sr., on keyboard and flute, Randy Bowland and Stan Davis Jr. on guitar, Rhodney Miller and Terry Tyler on bass, Pete Whitfield on strings, Elan Trotman on saxophone and Brandon Mullen on drums. Directed by Darrell King, elements of Philadelphia are weaved throughout the music video for the single, which was shot at 30th Street Station and the river trail. Scott emphasized the impact that Philadelphia’s rich music history has played in his creative process.

“It’s important for me to incorporate Philadelphia in everything I do musically,” he said. “Our  city inspires me and has for a very long time. The music that was started here about 50 years ago with Gamble and Huff and Thom Bell and that whole sound, is definitely instrumental in my creativity.”

As the owner of his record label and manager of his own career, Scott shared some of the challenges in balancing it all.

“It’s a lot of work! You have to kind of schedule your day around what tasks are most important,” he said.  “I would also say that you definitely need to have a team. I do have some support when needed. For the most part I make most of the decisions and handle a lot of the business for my music and entertainment related projects.”

“It’s going on four weeks with the song, so I’m grateful that it still has legs”, Scott said.

To hear more from Ashley Scott, visit his website www.AshleyScottMusic.com and follow him on social media @ashleyscott3. “Don’t Throw Our Love Away” is available to purchase and stream on all major digital platforms.

Philadelphia to throw parade for return of LOVE sculpture