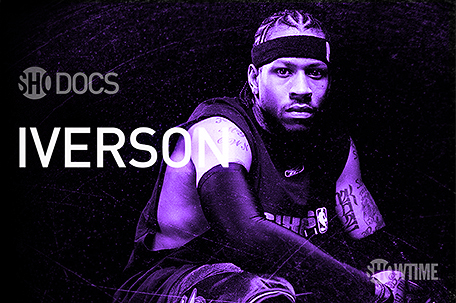 Is it just me, or does there seem to be a sudden interest in the exploration of the lives of NBA athletes on both the big and small screens, whether scripted or non-fiction?

In the last year alone, we’ve profiled projects that LeBron James, Chris Paul, Kobe Bryant, Stephon Marbury, Baron Davis (to name a few) are attached to, each one based on or inspired the basketball player’s real-life.

There was also news of Showtime developing an hour-long scripted drama set in the world of professional basketball – specifically, it was to provide a behind-the-scenes look at how an NBA team is run, and hailed from Ron Shelton, who isn’t a stranger to sports-related dramas after writing and directing Bull Durham and White Men Can’t Jump.

And there was also HBO’s pick up of a pitch from Jeff Nathanson (screenwriter of Catch Me if you Can and the Rush Hour movies) and Gavin Polone (producer on “Curb Your Enthusiasm,” and others) for a yet-to-be-titled hour-long scripted dramedy that will give audiences an honest behind-the-scenes look at the operation of a professional basketball team – from the millionaire players to the billionaire owners, including the money, women, sex, power, and more that often make headlines when it comes to the world of professional sports.

There is also Spike Lee’s hour-long documentary on his beloved New York Knicks, which will take audiences behind former NBA coach (and now president of the Knicks) Phil Jackson’s famed offensive strategy.

One can only assume that the early success of LeBron James’ Starz series “Survivor’s Remorse,” which was renewed for a second season, has been inspiration for some of these new NBA player-related project announcements. As for the others, your guess is as good as mine.

Last week Showtime presented “Iverson,” a feature-length documentary film on the legacy of NBA great Allen Iverson. It premiered on Saturday, May 16.

The film, which debuted at the 2014 Tribeca Film Festival, is an in-depth look into the 11-time NBA All-Star, whose audaciousness shook up the league and influenced others.

Told largely in Iverson’s own words, the candid documentary charts his career highs and lows, as well as reveals his turbulent upbringing in Virginia, his controversial imprisonment, his growth at Georgetown under John Thompson and his career with the Philadelphia 76ers.

“More than a transcendent athlete, Allen Iverson is a transcendent figure in American culture,” said Stephen Espinoza, Executive Vice President and General Manager, Showtime Sports. “Iverson is as raw and as honest as its subject. This is the quintessential addition to the growing collection of great sports documentaries on Showtime.”

An immensely talented player and a fierce individualist, Iverson bridged the gap between hip hop and basketball and created a public persona that changed the culture of the NBA. Through in-depth interviews with Iverson, NBA superstar Dwyane Wade, television journalist Tom Brokaw, and Coaches Thompson and Larry Brown, viewers will come to understand one of the most complex figures in sports history and an incredible journey where spectacular success is no protection against demons from the past.

“Allen’s story has always been one I’ve wanted to tell,” said Beatty. “It goes beyond basketball and speaks directly to the human condition of strength, determination, heart and a relentless pursuit to fulfill one’s dream. The moment I met Allen we bonded over that perspective and I’m grateful for the opportunity to tell his story both on and off the court.”