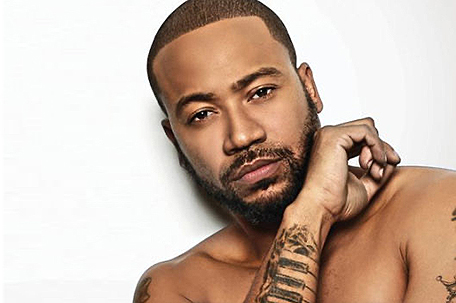 Everyone has heard the expression “all press is good press”. But for many in the spotlight, that sentiment is simply not true.

Actor, choreographer, dancer, singer-songwriter, musician and author Columbus Short experienced the impact of bad press first-hand. Many know Short from his work as the gladiator Harrison Wright on “Scandal,” or from his lead roles in “Stomp the Yard,” “Cadillac Records,” “Armored” and “The Losers.” What many might not know is the man behind the roles.

Born in Kansas City, but raised in California, Short successfully navigated various aspects of the entertainment industry, despite experiencing a number of tragedies in his early life. After toiling with the idea for a time, he decided to share his story.

“It got to a certain point where I had let the media control my narrative for so long and I didn’t defend myself in the eye of the storm,” Short said. “So, I felt like I’m not going to combat that, I’m just going to tell my story. I thought the best way to do that both artistically and cathartically was to put it on the page.”

In 2017, Short began the process of writing his autobiography, which took about a year and a half to complete. In “Short Stories,” he is very candid about his experiences — but openly sharing those experiences came with many challenges.

“It was stop and go for a minute because I was debating what I was going to talk about and how much I was going to divulge,” Short said.  “Some of the stuff is just hard to talk about, so I would take a pause, walk down memory lane and then go back to reexamine closed wounds. It was kind of tough at times, but it was worth it.”

The most endearing aspect of “Short Stories” is his willingness to be open and vulnerable about his struggles with being in the public eye, while experiencing turmoil in his personal life.

“You get to a certain level of your career, but life still happens,” Short explained. “You’re still prone to the things that happen to everybody. For most people, those things are not publicized — no one is making a headline out of them. You can go through life and figure it out, because I feel like we never have it fully figured out — but at least you can do it in the privacy of your own life outside of the eye of public ridicule.”

“With me, my life is out there to be judged, some founded, some unfounded,” Short continued. “Your life is out there being swallowed by the wolves, the consumer — the same consumer who actually puts you in the position to be a name so, it’s a weird dichotomy. In the end, I decided through this book and through growth to be 100% me.”

Short is the true definition of a multihyphenate. In “Short Stories,” he shares how he has successfully navigated the world of entertainment while utilizing all of his gifts. He did so within an industry that often tries to relegate people that are multitalented to pursuing only one thing.

“Going through the labyrinth of the game and sorting out what you wanted to hone in on was tough, because I wanted to do everything,” Short said. “When you feel like you are able to, what’s to stop you? The rules… the box.”  “I think people want to put you in a box. if you’re good at baseball, you can only play baseball. In the arts, it’s a little bit different, although you’re still taught to make choices early.”

“Even in school, there’s no such thing as an interdepartmental student,” he continued. “You can’t be a visual artist in musical theater and be in jazz band, but I found ways to navigate that in school and applied that same kind of navigation awareness to life.”

“Once people see you as just an actor, it takes a long time to break that mold,” Short said. “As my career progressed, it took a while for my career to catch up to itself — meaning for people to realize he really is a dancer, an actor, musician and writer — but it took time. I feel like I finally can put it all into one pot which is myself and share it with the world.”

Short continues to share his talents and maintains gratitude and a ‘blessing in every lesson’ philosophy.

“I think without those things, I wouldn’t have the character makeup that I have,” he said. “I also had some character deficiencies that I had to address. I don’t think I would have had to address them unless I was in the situations that I was in, so I’m thankful for it.”

“You have to abandon what people are going to think, which I think is the moral of my whole book,” Short continued. “You’re on your journey and nobody can go on your journey but you — on the good and bad days, the ups, the downs — it all forms your character. You’re stronger having gone through it.”

At this stage in Short’s career, he continues to find success both in front of the camera and behind it as a content creator and director. He also finds joy in providing opportunities to talent that is often overlooked.

Short will star as Martin Luther King Jr. in the biopic “Remember Me: The Mahalia Jackson Story” starring Ledisi, which is set to debut this year.

Be sure to keep up with Columbus Short by following him on Instagram at: @officialcshort. “Short Stories: The Autobiography of Columbus Short” is available for purchase at Amazon, Target, Walmart and Audible — it’s a must read!