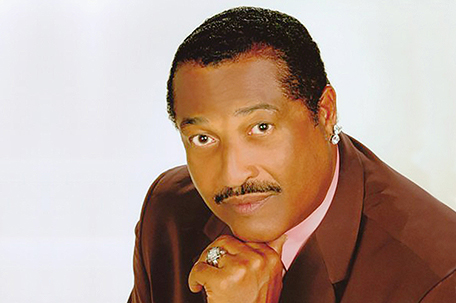 Shelly Garrett, “The Godfather of Urban Theater,” who is probably best known for his classic hit play, “Beauty Shop,” passed away on May 4, 2018, from stomach cancer. He was 71.

Garrett, a former actor, and his wife Doris ran Shelly Garrett Entertainment which is currently presenting/producing the 30th anniversary tour of “Beauty Shop.” According to the ShellyGarrettEntertainment.com website, the next performance is scheduled for this Saturday, May 5 in Albany, Georgia.

When it comes to laughter in theatre, Garrett is the master and has been for 33 years, beginning his theatrical career in 1984.

“Comedy is a difficult art,” he says. “The key is timing and if it’s not there, the entire production simply becomes a waste.”

Who can argue the perfection of his timing? He took the traditional “upper-class” theatrical art form and presented it in such a way that not only regular theatergoers lined-up around the block to see his shows, but literally millions of people all across America, whom had never seen a stage play before, came-out of their comfortable homes to see his productions, which began the national theatre craze of touring stage productions.

Garrett has received ‘Keys To The City’ from 23 American cities and more than 25 city and state proclamations, plus numerous plaques, trophies and awards; more than even he can count. What an accomplishment!

In 1992, he received an honorary and prestigious Hollywood Walk of Fame Star. Tyler Perry said, after seeing Shelly Garrett’s “Beauty Shop” in 1990 at the Saenger Theatre in New Orleans, it gave him great inspiration to become a playwright.

David E. Talbert said, he saw Shelly Garrett’s “Beauty Shop” in Los Angeles at the Beverly Theatre in Beverly Hills and that changed his life. He knew he was destined to become a playwright.

When we asked Garrett what makes him so popular with those who love the theatre, he answered:

“I refuse to cheat my fans who spend their hard-earned dollars on a ticket to a Shelly Garrett Production. It’s just wrong! So many people are rushing to throw these shows together now-a-days, just trying to get the dollar. But they quickly realize these audiences are not stupid; they can tell if a show is worthy of their time and more so, of their money.”

To find out out about Shelly Garrett’s going home services, how to send flowers to his family and share memories, visit: WagesFuneralHome.com.

Valray Productions presents Jazz, Blues and Theater “The Art of I Am”