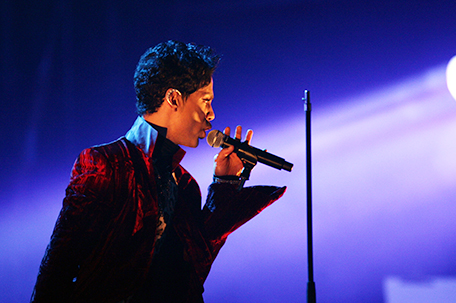 On what would’ve been his 58th birthday,  June 7 (1958), BET Networks announced that Sheila E., The Roots, D’Angelo and Janelle Monae are the first artists named to be part of a special musical celebration paying homage to legendary artist, Prince, at the 2016 “BET Awards.”

The star-studded moments, spread throughout the show, will capture the unprecedented career and musical genius of the beloved pop icon like only BET can.

Prince, winner of seven Grammy Awards, a Golden Globe Award, and an Academy Award for the film “Purple Rain,” received the BET Lifetime Achievement Award in 2010.

Hosted by Anthony Anderson and Tracee Ellis Ross, the 2016 “BET Awards” will also include previously announced performances by Alicia Keys, Maxwell and more.

The 2016 “BET Awards” will air LIVE on Sunday, June 26 at 8pm ET from the Microsoft Theater in Los Angeles, CA on BET.