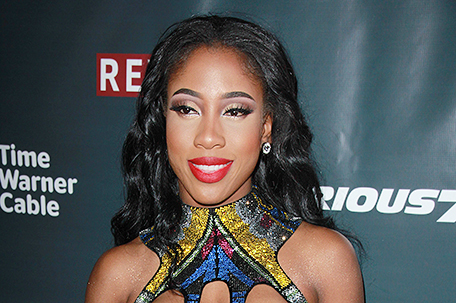 NEW YORK — Sevyn Streeter and the Philadelphia 76ers have decided on a date for the singer to come back and perform the national anthem after the team didn’t allow her to sing wearing a “We Matter” jersey.

In statements to The Associated Press on Saturday, the Sixers and Streeter said she would perform wearing her “We Matter” jersey at the team’s Dec. 16 home game against the Los Angeles Lakers.

“After thoughtful conversation, the 76ers and Sevyn Streeter have worked together to develop a plan we hope will bring meaningful action in the Philadelphia Community,” the team’s statement read.

Streeter was supposed to perform “The Star-Spangled Banner” on Oct. 26 in Philadelphia, but was told before the game she could not sing the anthem. The team later apologized.

“I have accepted their apology,” Streeter said. “In order to move forward, it was important to me that we take action and use this as an opportunity to create positive change and dialogue throughout the community.”

She said she and the team plan to “work together through multiple community outreach programs to promote inclusion and acceptance.”

The Sixers said they plan to make a donation to the Boys and Girls Clubs of Philadelphia.

Streeter has written songs for Chris Brown and Ariana Grande and had a hit with “It Won’t Stop” in 2013.