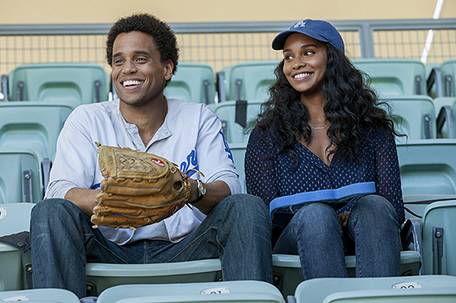 Screen Gems is remaking the 1986 rom-com, About Last Night, and Kevin Hart is the first actor to be cast in the project that centered on a man and woman who try to have a romantic affair, but are hindered by their own personal problems, as well as the interference of their disapproving friends.

Danny and Bernie are two single men living their lives on the wild side. But when Danny meets Debbie at a bar and the two start a relationship with a one night stand, Danny’s life takes a different turn. How does this passionate night become a full affair and what effect will this relationship have on both people and their friendship with their best mates?

I’ll give you one guess as to which character Kevin Hart has signed up to play. You’ll only need one.

As Shadow and Act’s Kevin Jagernauth wrote, Kevin Hart is on the precipice of stardom if he isn’t already there. The comic actor has been paying his dues ever since his memorable appearance in “The Forty Year-Old Virgin” and this summer scored a surprise box office hit with his standup special “Kevin Hart: Let Me Explain.” And with big roles coming in “Grudge Match,” “Think Like A Man Too” and “Ride Along” coming up we’re going to be seen a lot more of him, including in the upcoming remake of the ‘80s nugget “About Last Night.”

Co-starring Paula Patton, Michael Ealy and Regina Hall, the film centers on the ups and downs of modern love and life, refreshingly told via an all black cast. But whether or not it can be anything more than your standard relationship-com will depend on the script by Leslye Headland (“Bachelorette”) and director Steve Pink (“Hot Tub Time Machine”), and this could doubtless go pretty wildly either way. Fingers crossed though.

“About Last Night” asks you out on  Feb. 14 Valentine’s Day.