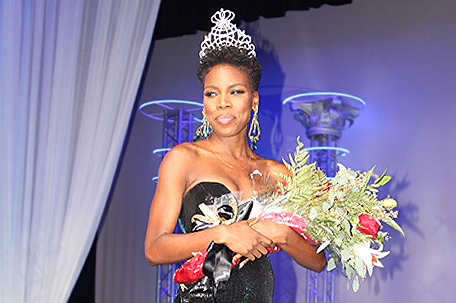 KANSAS CITY, MO – Ryann Richardson will go down in history as the 50th National Miss Black America. She was crowned by the current queen Brittany Lewis at the GEM Theater in the historic 18th and Vine District on Saturday, August 18, 2018 in Kansas City. She joins the ranks of successful movie and television icons such as Oprah Winfrey, Toni Braxton and BernNadette Stanis.

Richardson, who currently resides in Brooklyn, New York, is a 28-year-old native of Washington, DC.  She is the marketing vice president for Victor, the global leader in private jet charter technology.  As VP, she is responsible for growing Victor’s on-demand private jet marketplace in North America.  She is a technology marketing professional, an entrepreneur and advocate for diversity and inclusion in business and technology.  She has an undergraduate degree in business and marketing from Jefferson University (formerly Philadelphia University) in Philadelphia.  Richardson beat out 22 other contestants winning the swimsuit and projection segments. 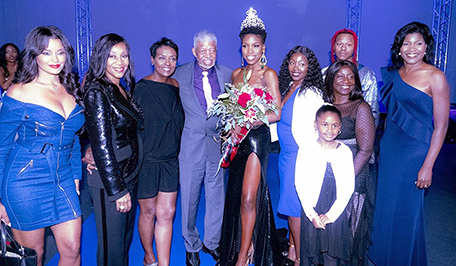 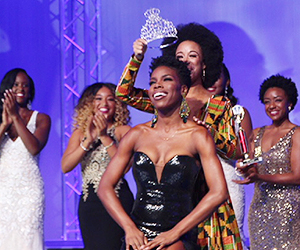 Richardson is a veteran pageant queen spending years as a spokesperson, titleholder, volunteer and judge.  She was Miss Philadelphia 2009 and a six-time Miss America state pageant runner-up and has served as the Miss District of Columbia USA 2017, dedicating her term to supporting efforts to advance the professional, political, and economic condition of women and minorities in the District and beyond.

She left the judges and the audience in utter amazement with her grace, poise, uncanny vocal skills and quick and insightful answers in the projection segment

As the 2018-19 Miss Black America, Richardson won a 2018 Ford Escape, a movie role in Terrance Tyrek’s upcoming movie, artist development by major talent development agencies, trips to Cuba and the Cayman Islands, a designer wardrobe, professional photo shoots, weekend getaways, clothes and cosmetic products packages and more.   The Miss Black America Pageant was created in 1968 in Atlantic City, NJ as a positive protest of the discriminatory practices of the Miss America Pageant.  It has since grown to be a symbol of Black pride, achievement and determination of woman of African descent both nationally and globally.