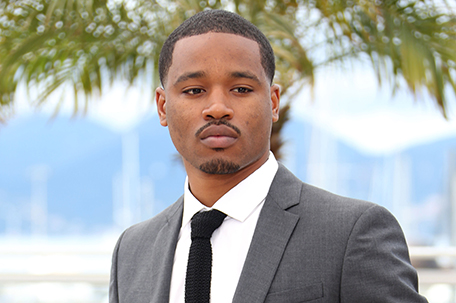 As previously reported, Creed director Ryan Coogler was in negotiations with Marvel to direct the superhero action film Black Panther for Disney.

Now, in the February 2016 issue of “Empire Magazine”, Marvel Studios president Kevin Feige confirms that Coogler will helm the project, which will have a mostly black cast – a first for the comics giant.

29-year-old Coogler hit the scene with the dramatic indie film Fruitvale Station, which won him the Independent Spirit Award for Best First Feature in 2014.

Feige called the film important because you “get an unbelievable lead character, but you also get all of Wakanda which is a whole new setting and culture to explore.”

The character will be played by Chadwick Boseman, best known for portraying Jackie Robinson in 42 (2013) and James Brown in Get on Up (2014). Black Panther will first be introduced in Captain America: Civil War, which hits theaters May 6. Writer/Director James Gunn (Guardians of the Galaxy) has seen Captain America and says “It’s one of the best Marvel movies ever.”

Gunn revealed his early reactions during a recent live video Q&A on Facebook, saying: “I saw Civil War and I think it’s incredible. It’s one of the best Marvel movies ever, and I can’t believe what a wonderful job [directors Joe and Anthony Russo] did. And the cast. Oh my God, they’re so good. So it’s an amazing film and people are going to be really excited to see that come summertime.”

Black Panther is slated for a nationwide release in 2018