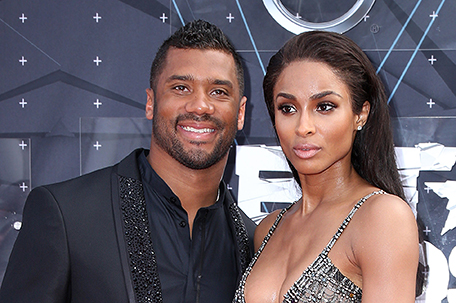 The couple announced Friday the birth of their son named Win Harrison Wilson on Instagram. They both shared from their accounts that their son was born Thursday and weighed 8 pounds, 1 ounce.

Ciara posted video footage from the hospital of her holding her baby while in bed shortly after his birth. The singer sang “Happy Birthday” to him while sporting a black mask.

Win is the second child for the couple, who married in 2016 in England. Ciara gave birth to Sienna Princess Wilson the following year. Ciara has a young son from a previous relationship.