Rocker Lenny Kravitz looks back to when he found his voice 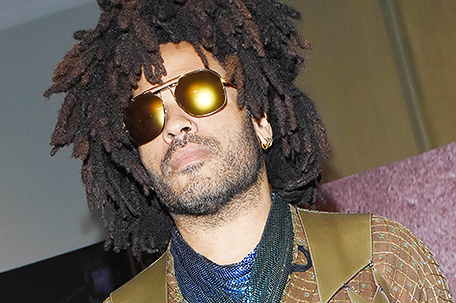 NEW YORK — Lenny Kravitz is a man of extremes — as he readily admits.

“I am deeply two-sided: black and white, Jewish and Christian, Manhattan and Brooklynite,” he writes about his first 25 years alive in his new memoir “Let Love Rule,” released last week and named after his 1989 debut album.

“The book is about me finding my voice and finding my path and walking into my destiny, whatever that is,” he tells The Associated Press.

The 270-page book written along with David Ritz explores his very special childhood and ends with Kravitz on the verge of stardom and deeply in love with actress Lisa Bonet.

“I had such a childhood and experience growing up. That’s what I want to spend my time on,” he says. “So let’s stop there. And then we’ll see if they’ll be a second book in the future.”

He’s not exaggerating about that childhood. He alternated between the then-tough Brooklyn neighborhood of Bedford–Stuyvesant and in a swanky building with carved cherubs on the Upper East Side of Manhattan. He ate chopped liver on matzo as well as fried fish coated with cornmeal.

The extremes continued during his life. For his sixth birthday, he was serenaded by Duke Ellington and his band at the famed Rainbow Room. Years later, his home was a Ford Pinto, which he rented for $4.99 a day.

Kravitz, 56, dedicated the book to his mother, actress Roxie Roker, who was best known for her role in “The Jeffersons” as Helen Willis, half of one of TV’s first interracial couples. TV producer Sy Kravitz, his father and a former military man, was strict with the younger Kravitz.

Dad and son would frequently clash, culminating in a blowout that would change both their lives. The younger Kravitz says writing about his father was healing.

“Any judgment that I had began to dissolve as I was looking at him with these fresh eyes and open heart,” he says. “Any of those harsh feelings that I had went away and I began to actually love my father in a different way that I didn’t get to love him when he was alive.”

Kravitz has the look and sound of a rock god, with a stripped-down style of straight-ahead rock ‘n’ roll that earned him Grammy Awards four years in a row, from 1999 to 2002.

But he’s not afraid to show a sillier side in the book, like the first — and last — time he got drunk, which was with a bottle of Manischewitz, or getting busted once for shoplifting five KISS cassettes. There’s even an insane sequence in which a young Kravitz saves a teenage prostitute from a pimp and stashes her in his bedroom.

Ritz, the co-writer, complimented Kravitz for being so hands-on throughout the years it took to finish the book. He says his co-writer was open and ready to explore anything.

“He’s got a lot of courage. The thing about Lenny, artistically and personally, he’s just a man of great courage,” Ritz says. Writing it together was “like being in a studio where you’re jamming.”

His first band was Wave — “the Gap Band meets the Jacksons meets Rick James meets Shalamar meets the Time.” They had fog machines and sound effects, an elaborate light show and a staggering 15 members.

Among some interesting business decisions: He was handed “Somebody’s Watching Me” by Kennedy Gordy, son of legendary producer Berry Gordy. But Kravitz declined. So the younger Gordy went on to record the hit song under the name Rockwell.

On the romance front, he dated Tisha Campbell of “Martin” and met his now-ex-wife, Bonet, at a New Edition concert. “I like your hair,” he told her. In the book he admitted, “It was a lame line.”

Their blossoming relationship ends the book. “It was like she was the female version of me, and in seeing her, I was able to see myself,” he writes.

Kravitz writes that his first 25 years was a mission to find his true, authentic self. He turned down record deals that put him in a box and he even created an alter ego — named Romeo Blue — because he didn’t think he was cool enough at the time.

“Part of this book is about me accepting myself as Lenny Kravitz, as this half-black, half-Jewish kid that had this experience,” he says. “One of the wonderful gifts that one could give themselves in this life is to accept yourself.”