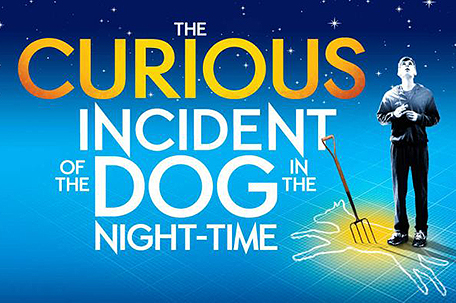 February 24, 2017 Category: Entertainment Posted by: Philadelphia Sun Staff
By Kharisma McIlwaine
“The Curious Incident of The Dog in The Night-Time” is a play based on the 2003 mystery novel written by Mark Haddon. After the novel took the world by storm, the 2015 Tony Award winning play adapted by Simon Stephens, premiered at London’s Royal National Theater in 2012. Since then, the play has gone on to be a fan favorite on Broadway and is currently on a 31-city tour in the United States. The critical acclaim received world wide for both the play and the novel have two common threads: a dynamic storyline and outstanding characters. Two of the talented ensemble cast members that bring life to the beloved characters are Robyn Kerr and Francesca Choy-Kee. The two ladies enthusiastically shared their journey with the play so far. 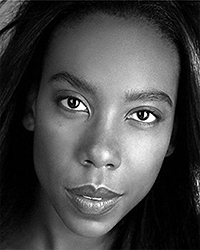 Robyn Kerr and Francesca Choy-Kee share similar backgrounds in theater, each got their start at a ripe age. Kerr described the influence that her parents had on the beginning of her career. “Both of my parents were involved in the theater in Jamaica. My dad had written some children’s theater and directed some plays, and my mom was in plays. My first time on stage was in a play my dad wrote when I was ten… not playing the lead by the way (she said with a laugh).” Kerr added, “I did ‘My Fair Lady’ in Jamaica when I was 15 and I played Eliza. I think that was when it really sank in, that I wanted to do this with the rest of my life.” Kerr eventually went to International School in Norway, then to Scotland where her father is from originally. She auditioned and was accepted in The Royal Scottish Academy of Music and Drama (now The Royal Conservatoire of Scotland).

Similar to Kerr, New York native Choy-Kee, had an inclination that a career in theater was in her future. “I think to a certain extent that bug was always with me. It kind of started where a lot of theater people start, with talent shows. I was always involved in the arts extracurricular. From there I did some small professional gigs outside of school. Then I kind of realized I could go to art school to continue doing what I love, and that was sort of an epiphany. It wasn’t until my junior year in college that I returned to acting in a more committed way when I studied at RADA (Royal Academy of Dramatic Art) in London, and fell in love with it all over again.”
Kerr and Choy-Kee experienced vastly different introductions to “The Curious Incident of the Dog in the Night-Time”. Kerr was introduced to the novel at its peak.  “I was in Britain at the time when if you hadn’t read the book, you had to have been living in another planet. It was like the heart of the nation, and it’s a beautiful novel. Then I heard it was coming to New York and the same people that casted the War Horse tour were casting this and had remembered me thankfully.” Choy-Lee was also familiar with the book, albeit from afar. “I had heard about the book, though I hadn’t read it. I went online to do a little research after my agent called me in for my first audition… I auditioned for the project twice. I read the script several times, and I thought it was extraordinary. Extraordinary is a word that comes up a lot when we talk about this play, the main character, and certainly the content of this play.” 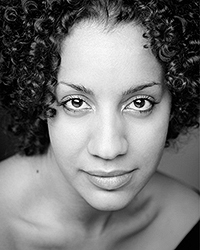 Both women went on to be casted in the production as members of the ensemble cast where they get to display a diverse sets of skills. Kerr understudies for four characters which include: the Mrs. Shears track, Christopher’s neighbor, and the principal of Christopher’s school, the Poke Girl track, Judy, Christopher’s mother, and Siobhan Christopher’s teacher. Kerr shared a funny anecdote regarding the memorization required to play such a myriad of characters. “I remember when I got the script. I was highlighting the different characters, and realizing that every single page of the script was highlighted at some point. I thought this is going to be an interesting year!” Choy-Lee also plays a multitude of ensemble characters, with various accents. She describes them as, “An artsy royal English sound, a Jamaican accent, a South African inspired accent, and a few London edgy punksters.” Choy-Lee added, “That was really exciting… having the opportunity to play all of these different switches in character. I knew it was going to be incredibly challenging, innovative, and inventive.”

For those not familiar with the book or the play, the reviews across the board are outstanding! Kerr and Choy-Lee offered their sincerest adulation for the show and their gratitude for being apart of it. Kerr exclaimed, “I think that when you get a job that tells this kind of story, when you get to be part of that… it is a gift that you’ll have for the rest of your life! ” Kerr added, “You won’t need to read the book in order to understand and appreciate the play. It’s an extraordinary story of an incredibly gifted and intelligent 15-year-old boy, and his quest to uncover the mystery behind the suspicious death of his neighbor’s dog.
It’s a play about a new kind of hero, and he takes the audience on an unexpected journey full of whimsy; tender, [with] humor and it’s got big heart.” Choy-Lee echoed a similar sentiment about her appreciation for the heart and subject matter of the show. “It’s never mentioned specifically in the play or in the book that he’s on the autistic spectrum, but he is. He is a boy that sees and experiences the world differently. The audience goes on a sensorial odyssey of how this child walks through life, as he tries to detect who killed his next-door neighbor’s dog Wellington. There’s an assault of sound, lights, incredible genius design, and physical choreography that helps shift and change Christopher’s world around him as he experiences it. It really gives the audience an insider heart centered experience of what it is to walk in the shoes of somebody who sees the world the way Christopher does.”
To experience Christopher’s world first hand visit www.kimmelcenter.org for ticket information. “The Curious Incident of the Dog in the Night-Time” will be at The Academy of Music from February 28th through March 5th.