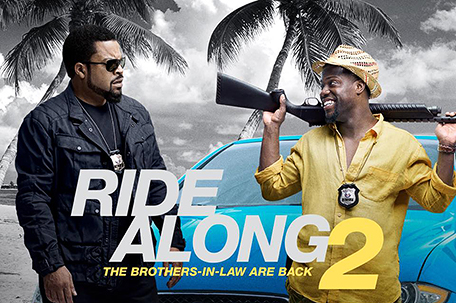 And we’re off! A new year of black cinema begins here on Shadow &Act – a year that I hope will be filled with much joy and excitement over what’s coming, than disappointment. I’ll be writing about 2016’s black cinema highlights in individual posts over the next month, so look out for them.

In the meantime, let’s take a look at what films will kick off the year.

As usual, I’m defining “black films” as films whose stories center primarily around characters of African descent. And for this month, only two films make the cut (both highlighted below). There is at least one film set to open this month, with a black actor in a co-starring role – Ip Man 3, the $36 million film that reunites the team that made the first two Ip Man movies, starring martial artist Donnie Yen, who reprises his role as Ip Man, and is joined this time by former heavy weight boxing champ Mike Tyson (a self-proclaimed huge fan of the franchise), in a battle of fighting styles, as the two will apparently go head-to-head in the movie. Who wins? Find out when the film is released Stateside on January 22.

Below are the two “black films” that will premiere in theaters this month.

After the first film’s mega box office success, grossing over $134 million domestically ($153 million worldwide), on a $25 million budget, it certainly wasn’t a surprise when Universal set Tim Story to once again direct Ride Along 2,” the sequel to Ride Along, from a script penned by Phil Hay and Matt Manfredi, with Ice Cube and Kevin Hart returning to reprise their roles.

Will Packer and Ice Cube’s Cube Vision returned to produce a movie which we have been told will have more action and will be more multi-cultural, to help it cross over to reach other audiences. In addition to Cube and Hart, Tika Sumpter is also returning. The trio will be joined by Olivia Munn, Ken Jeong, Nadine Velazquez, and Benjamin Bratt to name a few. 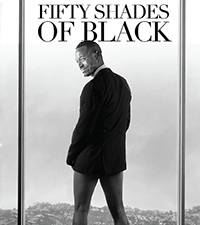 2.) Second will be Fifty Shades of Black, which is set for a January 29 release.

But Wayans doesn’t necessarily like the term “spoof,” as he has said repeatedly. It’s more of what he calls a “humorous homage” to the original film, which he hopes both fans of his, as well as fans of 50 Shades of Grey will appreciate.

IM Global financed the film (they got behind the Haunted House movies as well), which is set for release next year.

Wayans stars, as well as produces, and co-wrote the script with producer/writer Rick Alvarez.

Open Road has set a wide January 29, 2016 release date for the film. It’s worth noting that Open Road also released Wayans’ Haunted House movies, so maybe this was inevitable.

Collectively, both Haunted House movies grossed over $80 million worldwide, which may not seem like much, but, keep in mind that both films were made quite cheaply – the first cost $2.5 million; the second, $4 million.