Review: ‘Queen Sugar’ is a family affair – for the Bordelon family and for all of us as well 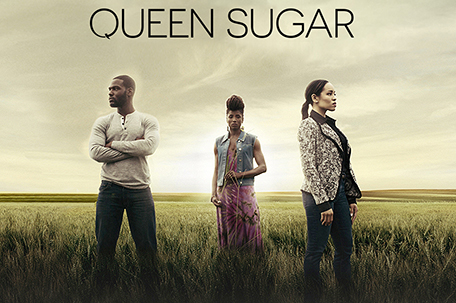 Ava DuVernay and Oprah Winfrey have teamed up again to created what may be the next hit television family drama— “Queen Sugar”. Based on the novel of the same name by Natalie Baszile, “Queen Sugar” takes place in the fictional Louisiana town of Saint Josephine. The centrifugal force of the series takes shape when family tragedy brings the three Bordelon siblings together unexpectedly to run the family’s sugar cane farm.

The opening scene in “Queen Sugar” introduces Nova first with a song by Michelle N’Degeocello, about human weakness, lack of faithfulness and asking for forgiveness, playing over the scene. This is a bit on-the-nose and undoubtedly references the relationship Nova maintains with a married man, despite her role as a healer, activist and respected member of the community. Nova, also a journalist for the local newspaper, supplies local weed dealers, but then blackmails them into attending rallies for civil justice. She easily emerges as the most complicated character in the series.

The camera lingers closely and generously on Nova’s (Rutina Wesley/”True Blood”) deep brown skin, and in these first few moments, a muted, yet rich color palette is established and maintained throughout the series, giving the show a rustic and romantic feel. It is difficult at first to understand the relationship between the two people on the screen. But what is clear is that both characters express a similitude of vague pain.

A scandal prompts the Bordelon patriarch (Glynn Turman) to call on his eldest daughter, Charley (Dawn-Lyen Gardner). As Papa Bordelon, Turman is brilliant; his facial expressions when communicating with his children makes me feel like I’m in the presence of my own dad, and reminds me of how his opinion of me was the only thing that mattered. It felt like having a lie exposed; a silent scolding.

Ralph Angel (Kofi Siriboe), the baby boy of the sibling group, is quickly established as the character who represents the broken system of criminal justice, and the way it continues to impinge on the lives of Black men, who have been incarcerated and are trying to sort through post-prison challenges, while attempting to assimilate back into mainstream culture. In Ralph Angel’s first moments on screen, we see him playing with his son Blue (Ethan Hutchinson/ “The Path”), but he then soon leaves the precocious young boy to go rob a corner store. He later gives the money to his father, to “help out.” Again DuVernay, who directs the first two episodes, is illustrating how these characters are complex and multi-dimensional. Ralph Angel could have easily been a stereotype—ex-con, ne’er do well— but a signature element of DuVernay’s work has been to bring depth and dimension to characters, who have not been as thoughtfully portrayed in film and television past.

As the series premiere titled “First Things First” flows gracefully through pilot conventions, viewers meet each of the characters and gather as much information as is necessary to understand their situations and how they dovetailed. Another interesting visual aspect emerges: the camera is often languid and deliberate, seemingly reveling in elongated shots, preferring intimacy, lingering on faces, bodies and landscapes, over the rapid, stylistic cutting, which is all too prevalent in contemporary television.

The first three episodes (the press was given only the first three episodes to review) are visually stunning. Sprawling landscapes with establishing shots of Louisiana terrain and skies are all juxtaposed with the glossiness of the show’s other location, Los Angeles. This pairing underscores the tension between Charlie, and half-brother and half-sister, Nova and Ralph Angel. There is so much underlying and unsaid between the trio, that at least one reason to tune in further will be to see what is at the root of their discord as the high drama continues to unfold.

“Queen Sugar’s” most exciting triumph is the history it is making behind the cameras. Duvernay’s season one directing team is composed entirely of women filmmakers, as she continues to use her growing industry stature to create opportunities for other talented, yet often overlooked women and people of color. “Queen Sugar” episode directors include Tina Mabry (“Mississippi Damned”), Victoria Mahoney (“Yelling to the Sky”), Tanya Hamilton (“Night Catches Us”), So Yong Kim (“Lovesong,” “Treeless Mountain”), Kat Candler (“Hellion”), Salli Richardson-Whitfield (“Eureka”) and Neema Barnette (“Woman Thou Art Loosed: On the 7th Day,” “Being Mary Jane”)

This move by DuVernay has already begun to yield positive results for the careers of the women she tagged to contribute directorial prowess to the first season of the series as, for example, Victoria Mahoney is now set to direct an episode of “Grey’s Anatomy.” And other “Queen Sugar” directors are beginning to be noticed and asked to director episodes of other television series, proving that sometimes it just takes someone to give you that first chance.

DuVernay does “shaking-up-the-industry” well and “Queen Sugar” will be no exception. The OWN original series is rife with powerful moments. To be honest, I cried at the end of episode one. And somehow, I am anticipating the social media posts surrounding the series nearly as much as the show airing itself! Not only is each of the episodes directed by a woman, most of the crew, the colorist, cinematographer and camera operators are women as well.

“Queen Sugar” is winning, both on-screen and off. This premiere will be a family affair, for the Bordelon family, but for all of us as well.

The series will regularly air Wednesday nights at 10 p.m. ET/PT for the remainder of its 13-episode first season.